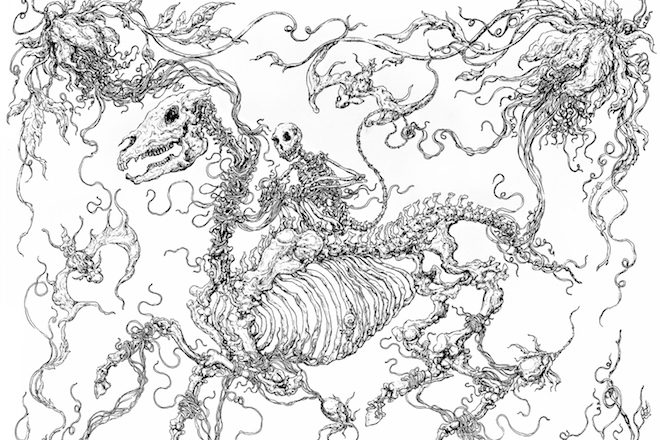 Fabric nightclub’s Houndstooth label is soon to drop a 25-track compilation made up of artists inspired by T.S. Eliot’s ‘The Hollow Men’ poem from 1925.

The project is entitled ‘In Death’s Dream Kingdom’, a line taken from Eliot’s elusive poem that explores life, death and the uncertainty of what lies in between, which it was published during the grim aftermath of World War One.

The experimental string of songs features artists including Batu, Pan Daijing, Hodge, Sophia Loizou, Roly Porter, Lanark Artefax, Shapednoise, and more, to create what Houndstooth managers Rob Butterworth and Rob Booth describe as a playlist compilation that is gradually being added to as tracks are completed.

When talking to FACT, they said: “By debuting and releasing new tracks over a number of days, it allows time to absorb the release gradually as it grows into the completed work. It’s definitely not meant to be listened to passively – the theme is designed to create deeper engagement. We felt it was possible to curate a work of this size that cohesively held together if we found the right framework for it – the choice of title helped define that.”

“We knew the artists we wanted to work with so we needed something that would inspire them in the same direction to create something that held together. We thought of many different fields of art when looking for the right way to create that inspiration; philosophy, painting, architecture, but ultimately decided on poetry. T.S. Eliot is a favourite and this poem in particular – the line just jumped out straight away. We felt it would set both the right tone and leave lots of room for experimentation.”

The full ‘In Death’s Dream Kingdom’ project is out January 26. You can stream the available tracks and check out the tracklist below, and pre-order it here.