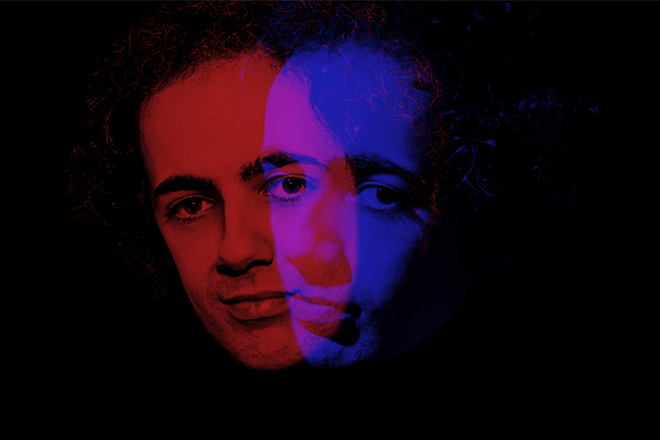 Next up in the series is the unmistakable High Contrast. The Hospital Records star built a reputation as one of the most iconic names in drum 'n' bass through unforgettable sets and classic LPs such as 'True Colours', 'High Society' and 'Tough Guys Don't Dance'. Over the years he's racked up two Essential Mixes, a FabricLive comp, remixes for Adele and Kanye West and played a pivotal role in selecting and producing the music for the London 2012 Olympics Opening Ceremony.

High Contrast recently returned to the Queen Elizabeth Olympic Park to throw down an impeccable selection of classic and rare Northern Soul. Armed with a mighty fine looking 45" record holder, he stormed his way through grooves that soundtracked an entire generation and epitomised what crate digging is all about.

Class in session, this one's an education. Check out the full set and read what High Contrast had to say about his love for Northern Soul below.

Can you explain your Alter Ego choice?

I chose to play Northern Soul tonight because I've always been into soul music. I love crate digging and finding old records and sampling is a big part of my sound as a drum 'n' bass producer. So I've collected a lot of soul over the years, but I was never fully into Northern Soul, it's only in the last couple of years I've really gotten into it and discovered that it was kind of like the prototype for the whole rave and club culture that we have in the UK.

It was the first time that there was a scene that was led by DJs and people were playing the obscurest records they could find and they were all going to parties and people went there to dance. It just kind of blew my mind finding out about all of that stuff and being like "wow this was the rave culture 20 years before it fully kicked off". So that was interesting to me.

I started to buy lots of 45s, getting into that geeky side of it, tracking down the obscure records and being blown away by the quality of the music as well. These aren't the Motown records that everyone knows, Northern Soul is more about the obscure little labels, the forgotten records and artists no one knows about anymore, people who were trying to make that Motown sound in the 60s but didn't have hits with it but still there's some absolute gold there, if you go back and dig for those records.

I just thought it would be interesting to play that kind of set tonight. I think it's quite different from what other DJs are playing. I think people generally a drawing from contemporary dance music, electronic stuff, so I thought it would be good to play something with no electronic music in. It's going to be very different sonics for people but I think there's a lot of really great tunes there.