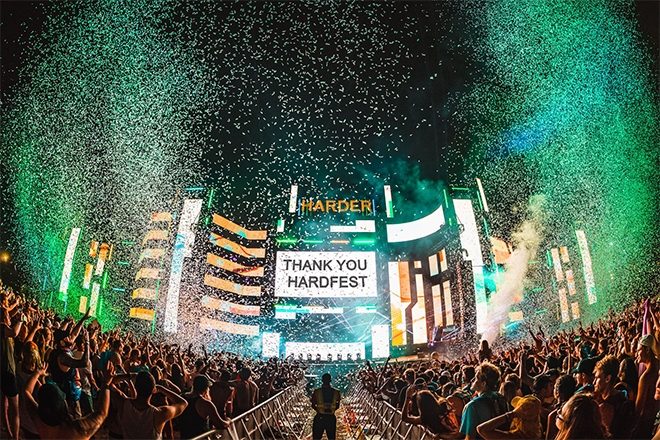 Despite news of Gary's departure from his HARD brand late last year, HARD remains in operation and will move forward with its flagship event with big updates for the year ahead. Today, the festival has announced its return to a former venue called The Speedway in Fontana, California.

HARD Summer was hosted at The Speedway in 2016 and despite receiving mixed reviews from attendees, the festival has decided to return with thoughtful and extensive improvements in mind.

Newly appointed head of HARD Events Meg DesChenes explains: "We decided to return to The Speedway because it really is a great venue and gives us the extra space and infrastructure we need to throw the best event possible. In order to go back there we needed the right production and logistics plan in place which we now have with Insomniac stepping in. They are experts at producing large scale events."

Amongst the changes, HARD has announced redesigned stages which will also be moved inwards towards the venue's cooler, grassy infield, wider entrances placed closer to the parking lot for easier and expedited access, an increase in shaded areas and water stations as well as more and improved VIP areas for all stages.

"Layout was the #1 concern here," says DesChenes. "We wanted to bring all the stages closer together and move everything to the grass. Less walking, more shade and water were key factors when we planned this. This year the festival will be where camping was in 2016 – so it’s pretty much a whole new experience for returning fans with a renewed focus on comfort and amenities"

"Now that we are integrated with the Insomniac family and able to tap into their resources, we'll be working with all their health and safety personnel and Ground Control teams, as well as their experienced operations and festival logistics crews. This open collaboration will provide a safe and comfortable event for all."

HARD Summer takes place on August 4 and 5 at The Speedway in Fontana, California.

Check out a video of the festival's new layout below.