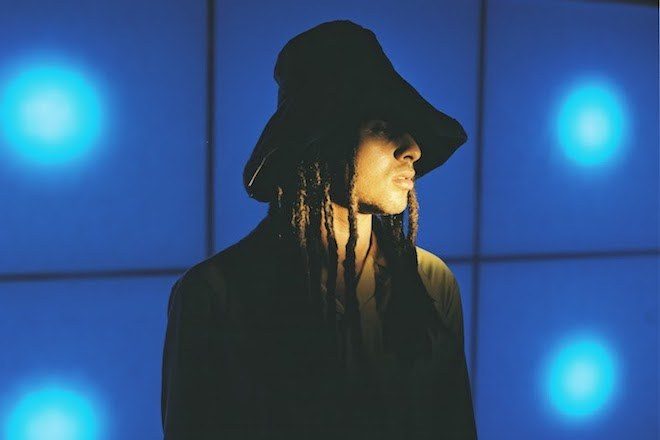 Haich Ber Na this week released his third EP ‘From Then ‘Til Now’.

The four-track release is a confident and eclectic exploration of the boundaries of pop production, melding sharp, tinny basslines with catchy hooks and playful harmonies.

Though beginning in rap and grime production, all of Haich Ber Na’s solo releases have tended toward avant garde electronica. He has previously worked with Joy Crookes, Elheist and MTMBO.

Read this next: “Fucking bonkers”: the Isle of Man has been raving safely through the pandemic

He prefers to self-direct his own visuals, which has carried through to the visual identity of ‘From Then ‘Til Now’ in the karaoke-inspired video for ‘Think About It’ and the bedazzling performance-driven visuals for ‘0594 Help’.

Haich Ber Na has spoken on the limits and uses of pop music, saying, “I find it interesting that as artists we put so much effort and seriousness into our work and how it’s perceived. But eventually, especially in pop music, your work can end up looking and sounding different and be used for a completely different purpose.”

Watch the video for ‘Think About It’ below and listen to ‘From Then ‘Til Now’ here.