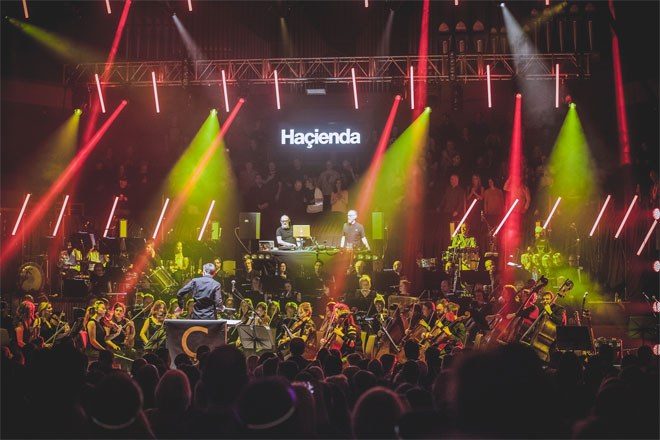 Haçienda Classiçal returns with the Manchester Camerata Orchestra for its fourth summer, playing sets at London’s Royal Albert Hall and joining Fatboy Slim and Lily Allen at Isle of Wight Festival. If you’re feeling sentimental, head down to Forest Live in Kent to dance amongst the woodland in true 90s free party style.

Since it’s very first show in February 2016, Haçienda Classiçal has revisited club classics from The Haçienda’s heyday, along with many new tracks and arrangements added to the set.

Graeme Park said: “We’ve included a few surprises in the set list which I think are quite unexpected but it will be very interesting to see the reactions..its nerve wracking when we take to the stage for the first set and just like we have each year, we have no idea how it’s going to be received until we get there.”

Every year, Haçienda Classiçal’s vibrant reimaginations of generation-defining tunes ensure that new fans can experience the music as never before, and 2019 appears to be no different.

The summer shows begin on Saturday June 8 at the Scarborough Open Air Theatre, with 808 State as a live guest. The tour then continues around the UK, hitting the Isle of Wight, Kent, Gloucestershire, London, and Cheshire.