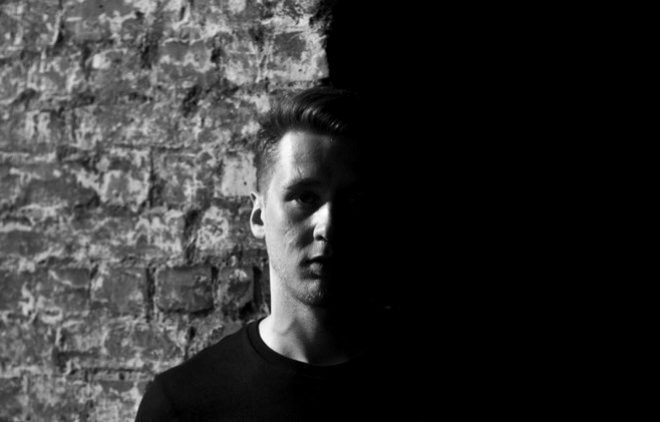 If you've had an ear trained toward underground, bass-heavy dance music in the UK, you'll have noticed a recent surge of producers who specialise in darkened, subby house and techno.

There's been real energy around the 120-130bpm mark, as producers fuse together elements of four-to-the-floor with the ten ton throb of dubstep, jungle and grime.

As you might expect, Bristol has been a key hub for this rumblin' sub genre. There, labels and crews such as Livity Sound, Idle Hands, Punch Drunk, Tectonic and its sister label Cold have nurtured local artists as well as those from across the country such as Beneath, Alex Coulton, Batu, Elmono, Asusu and Acre.

Given its low-end heritage, it makes sense that the city is acting as a catalyst for soundsystem-minded takes on house and techno and Hodge is one of the producers making the most fervent examples of this.

Last year the 26 year old released two 12"s via Peverelist's Punch Drunk. On one, 'Bells (System Mix)' sunk a soft house pulse into vast, undulating bass tones, while on the other, the scuffed, bumpin' techno of 'Resolve' rubbed up alongside the 125bpm junglist attitude of 'Prototype Fear'.

Having moved to Bristol after studying music technology at university, he quickly got sucked into the aural currents that run through its streets. "I kind of draw influences from all over but at the root of it is soundsystem music," he explains. "I love techno too, so going to [nearby festival] Freerotation over the last five years has really solidified that. I live with the [local dub label] Peng Sound guys and [grime/dub DJ] Neek so that probably would also explain why my writing of techno has that soundsystem influence."

He's keen to acknowledge the city as well as the aforementioned artists and labels. "I think it's hard to live in Bristol, make music and not feel part of a scene," he explains. "Bristol is a small place and everyone that's involved with music is actually doing something exciting so everyone ends up knowing each other. I wouldn't be releasing music on the Livity Sound and Punch Drunk labels if I didn't feel connected to it."

New double A-side single 'Amor Fati'/'Renegades' is just out via cunningly titled Livity Sound offshoot Dnuos Ytivil and is another double helping of junglist swagger and rough 'n' tumble techno. 'Amor Fati' is a low-slung roller with bass bumps and frenetic percussion while 'Renegades' sounds like a UK funky riddim flipped for a nails warehouse rave. It's another excellent example of the line that Hodge traces between genres.

It's also worth mentioning that he's one third of emerging house act Outboxx, who released a killer debut LP last year and continue to impress with lush, sunny jams. "I do like the idea of different projects for different sounds, it's like you can delve fully into one idea and one sound," he explains. "Restrict yourself for the one project and you therefore end up pushing the creative boundaries in that sound further."