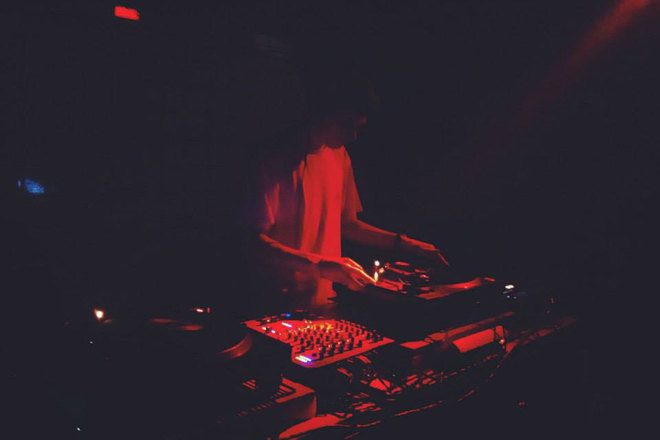 Facta is a 21-year-old artist who's bubbling to the fore of Bristol's gully house scene.

With a keen sense of rhythm and a thorough love of bass, he fits right in next to city elders such as Peverelist and Pinch and younger locals like Hodge. We've written a lot about the bass-heavy house coming out of the South West and beyond (see also Acre, Beneath, Batu, Alex Coulton, Wen, Lurka) and Facta is another individual contributing to a very distinct style of UK soundsystem music that's risen up.

"I started writing at slower tempos because I couldn't write anything fresh at 140bpm," he says of his steely but bubblin' sound. "I'm mainly drawn to writing at slower tempos because of the space it gives me to work with. And I'm definitely drawn to moodier sounds, but I wouldn't say my music is dark. I can't really get down with overly dark stuff. It's gotta have a bit of life in it." Take his latest 12", a collaboration with Hodge that's due out on Tempa. One side, 'Spheres Of Costa Rica' is an instant dancefloor hit, all triumphant drums and warm bass, while the other side, 'Visions', turns down the lights and gets serious.

While much has been written about the current Bristol scene (guilty), Facta notes a distinct lack of a regular space that promote's the city's sounds. "There are plenty of great musicians living and working here and the city's small enough that you get to know people pretty quickly," he explains. "Things operate at an easy pace and people aren't generally too fussed about trends going on elsewhere around the country. But there's a real lack of a good club scene here at the moment. It's a real struggle to find good spaces for parties and it seems hard to get people down when a good line up does come up. There's a lot of fresh, interesting music being made but it's in real need of a spiritual home." That's maybe why he's started his own label, Wisdom Teeth, with a view to running parties (a label showcase recently went down in Leeds).

He cites many of the aforementioned artists as influences, so it's no surprise that the exclusive production mix he's done for us is full to the brim with killer, rolling cuts that come with a pleasing amount of whomp. A slew of solo productions feature plus some collabs with Hodge. This one's fresh and fully loaded.