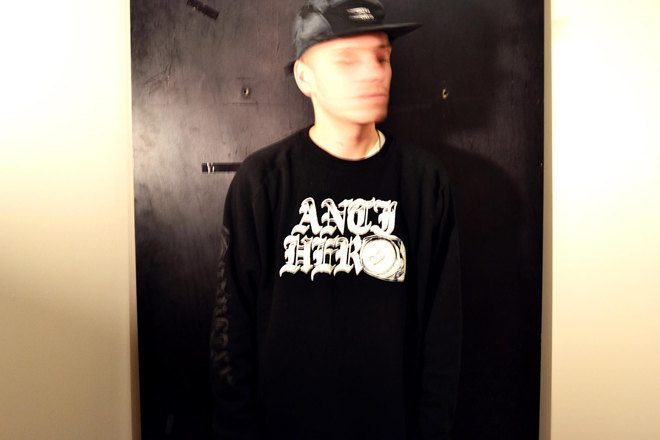 It's not often that an artist makes as big an impact with a debut release as Celestial Trax has with 'Paroxysm'. The six-track EP sees the New York-based artist land alongside the likes of Visionist and Kingdom as someone who makes undefinable electronic music that's laced with sub bass.

The record sees Rinse return to its low-end roots, picking out a fresh set of tracks that bear traces of grime, jungle and footwork but which, ultimately, sit outside of any existing genre parameters. 'Paroxysm' is definitely on that futuristic tip.

We came across Celestial Trax's SoundCloud late last year, just as he was leaving London for Brooklyn, and it provided a glimpse into the work of a producer intent on mutating bass-heavy dance music. As you'd expect, his debut EP is his most fully formed work yet and the exclusive production mix he's sent us builds on that further, showcasing a love of off-kilter drum patterns, neon melodies and dark ambience. It's a 35-minute mix that is truly intriguing.

"I definitely approach music from more of a song perspective and try to project emotion and atmosphere rather than just doing club bangers," he explains. Influenced by the emotive soundsystem music of Rabit and Logos as well as the rampant experimentalism inherent in the work of SD Laika and Fis, Celestial Trax can be beautiful as well as weird. "I'm really into space in music and how to use suspense as a tool in production", he continues. "I'm also massively influenced by my surroundings and living in New York has definitely had an effect on my new stuff." A musician since the age of 11, he'd been producing for some four years before Rinse picked him up and now he seems primed to put out some warped releases. "I definitely want to work with some US and UK MCs this year," he says of his current aspirations. "My main focus right now is to get my live set banging so I can start playing shows and start touring."

The 'Paroxysm' EP is out now via Rinse