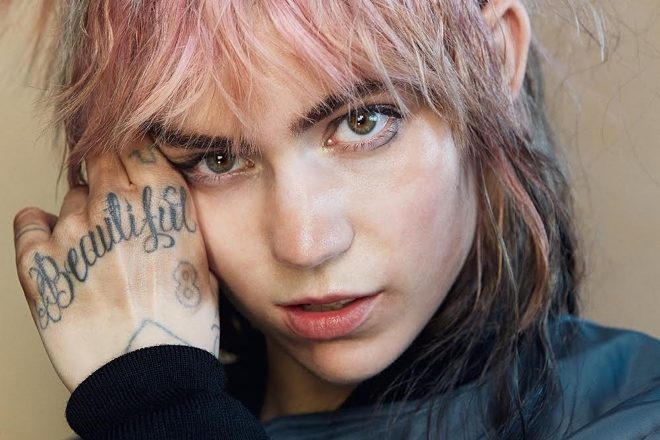 Grimes has dropped her second new track in the space of two months titled ‘Shinigami Eyes’.

The track was also accompanied by a music video directed by Brthr and written by Grimes. The fantastical video sees the pop singer clad in multiple futuristic getups alongside Jennie Ruby Jane, who features on the track.

The new LP is due to drop at some point in 2022, although Grimes is yet to announce a release date. Speaking on her latest track with Zane Lowe, the singer admitted: “This is the label executive decision song.

“I love the record, but everyone's like, what's the deeper meaning? And it’s like, well, Nino Angelo just really had just watched Death Note and really liked it,” she added.

“Basically, I wrote the whole space opera thing and this is the only song that wasn’t this big narrative plot. Anyway, I actually do really like the song. Sorry. I’m just undermining the marketing strategy.”

‘Book 1’ is said to be a “space opera about a lesbian AI romance”, although Grimes added that she would be taking a step back from music after the release of the record.

Grimes’ last track, ‘Player of Games’, dropped in early December with “thinly veiled references” thought to be aimed at ex-partner Elon Musk and his SpaceX empire.

The singer also teased the release of an “absurdly long” 35-track nightcore album last month which has allegedly been in the works for some seven years.

Check out the video for Grimes’ new track ‘Shinigami Eyes’ below.