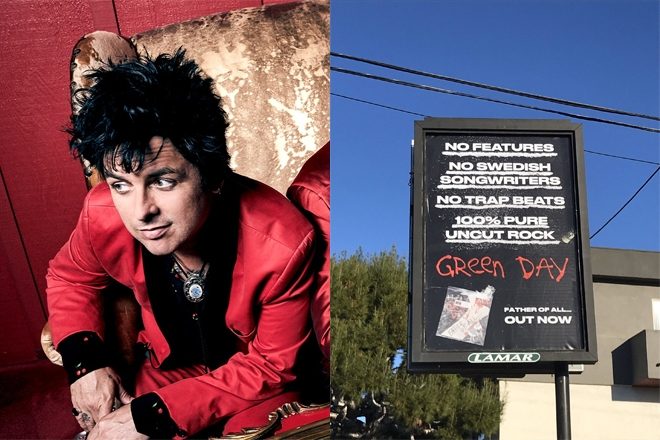 Green Day have taken a stand against "trap beats" in a billboard publicising the band's new album 'Father Of All Motherfuckers'.

The advert, which was initially posted on Green Day's official Twitter feed but has since been deleted, also specifies the album has "no features", "no Swedish songwriters" and is "100% pure uncut rock". Each statement is also underlined by a line of cocaine, complete with a rolled-up bill in case there was any doubt about the reference.

The Needle Drop posted the image on Twitter alongside the comment: "Green Day bringing the cringe into 2020", sparking a stream of edited versions mocking the billboard in the replies.

While some may appreciate the clarification, we're not sure anyone was expecting trap beats on a Green Day album.