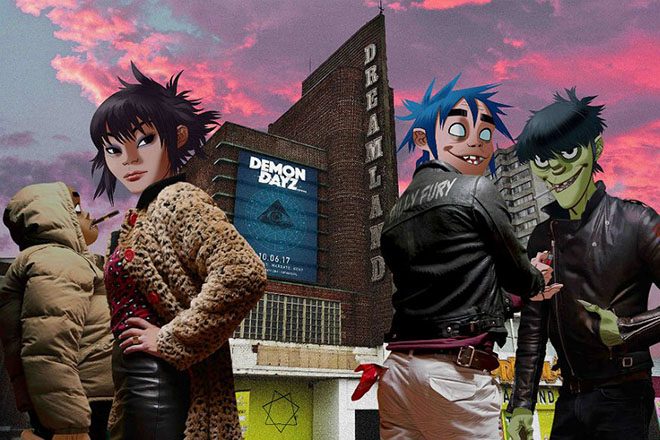 Quickly following the announcement of their new album 'The Now Now' and the first reveal of tracks from the upcoming release including 'Humility', the Gorillaz have announced a North American tour and the arrival of the first Demon Dayz festival in the United States.

The US edition of Demon Dayz will land in Los Angeles' Pico Rivera Sports Arena, a 6,250 capacity venue, on October 20 and will be promoted and produced by Live Nation rather than AEG/Goldenvoice, which looked after the UK edition last year. Live Nation has confirmed that the Los Angeles event will be the sole appearance of Demon Dayz in 2018.

The line-up has yet to be announced, but is said to "be comprised of special guests and collaborators from within and beyond the Gorillaz extended family".

In addition, the Gorillaz have announced further North American dates for their upcoming 'The Now Now' tour.