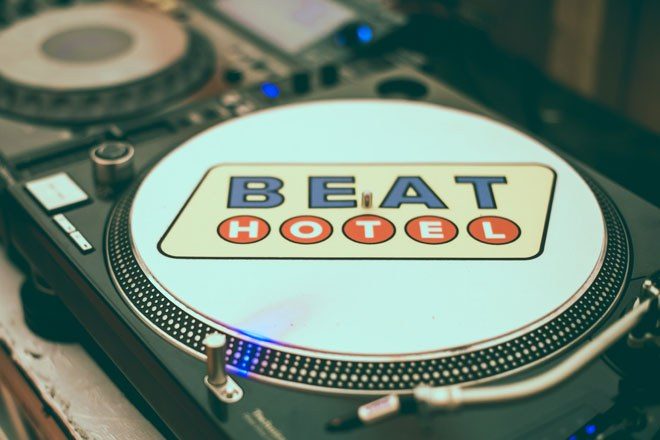 Glastonbury’s beloved Beat Hotel returns for its seventh and final appearance at Worthy Farm this June.

Opening as a small cocktail bar at the festival in 2011, Beat Hotel has returned every year since and this year sadly marks its last stint at Glastonbury.

From disco to jazz, soul to house, there’s a party to be had whatever your taste as the Beat Hotel bids farewell to Glasto. Along for the ride are old friends of Beat Hotel Bicep, Greg Wilson and Palms Trax, as well as rising techno talent Peach. Making their Beat Hotel debuts are Jon Hopkins, Avalon Emerson, CC:DISCO!, Dave P, and Éclair Fifi.

London duo Raw Silk are on the line up with Emma-Jean Thackray and Mafalda. They’re joined by Free Love (fka Happy Meals), Auntie Flo and Multi-Culti mainstay Dreems. Moshi Moshi and Strut Records, both celebrating 20 years this year, showcase the vaults of two of the UK’s longest running imprints.

Aside from the music, a large house cocktail list is available until 3am, and guests can enjoy the hotel’s own “Beat Brew” coffee by Hundred House and Bloody Marys from 10am. Beat regulars Seth Troxler, DJ Tennis, Moscoman and Daniel Avery b2b HAAi are responsible for the last night’s closing party, before Beat Hotel itself checks out for good.