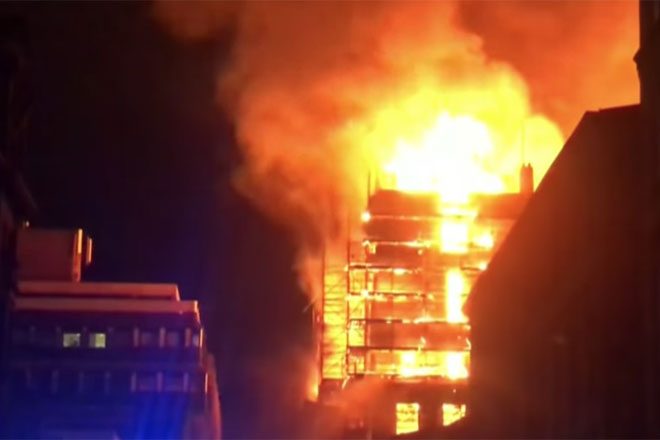 Scottish Fire and Rescue services were called to the Glasgow School of Art when a fire started at 11:19pm June 16.

The second fire in four years also spread to nearby venue the O2 ABC. Whilst the cause is as yet unknown, it has been revealed that sprinklers had not been fitted since the first fire.

Four years ago a blaze ravaged the school’s historic Mackintosh Library, which has been undergoing a multi-million pound restoration project ever since. Fears are that the building will be irreparable after this second devastation.

The Art School, the nightclub on campus that hosted a Mixmag Live with Glasgow’s own Jackmaster two years ago, is reportedly undamaged.

Fire investigators are looking into the cause and Assistant Chief Officer David McGowan has claimed a "comprehensive and professional" report will take place although the damage may be unrepairabke.