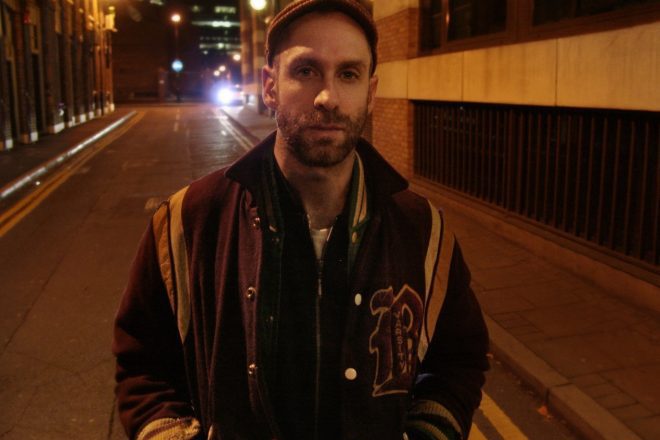 Soho Radio is teaming up with Gideön to host a Revolution Day marathon party later this summer to coincide with anti-Trump protests taking place in central London.

Simply stating, “STOP TRUMP. STOP BREXIT. KICK OUT THE TORIES” in the event description, organisers also added, “Trump is visiting London. Come together in protest. Kick out the Tories for this Brexit nightmare and for inviting Trump to our beautiful city.”

With 12 hours of music in store, the party will run from midday through to midnight, kicking off at Soho Radio before hitting up the demonstration. The likes of Jackmaster, Seth Troxler, A Guy Called Gerald, Heidi, Eats Everything, Norman Jay and more have all been tapped to to play out on the day.

Attendees are advised to bring “loud hailers, soundsystems and everything you need to kickstart the revolution” along for the ride.

A Day of Resistance takes place on July 13.

To find out more about the Revolution Day party head over to the event Facebook page. 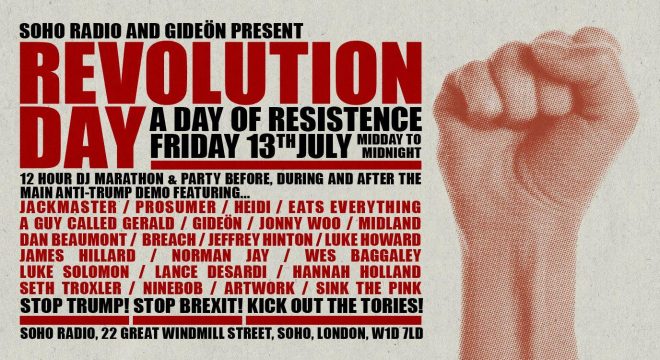