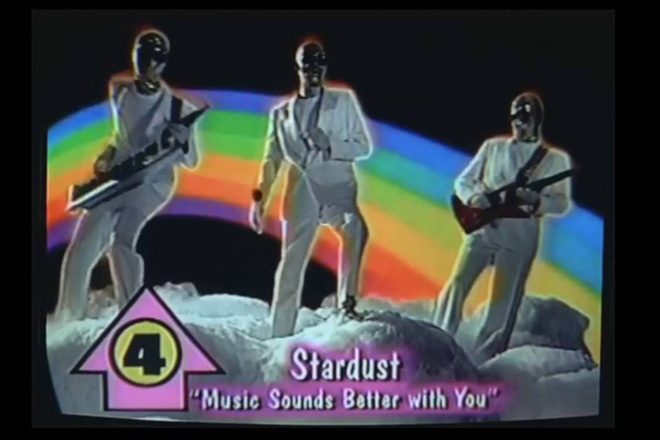 Stardust's classic 'Music Sounds Better With You' is being reissued for the 20th anniversary.

The trio - Daft Punk's Thomas Bangalter, Alan Braxe and vocalist Benjamin Diamond - remastered it in the studio last month, ahead of a digital release and its first appearance on streaming platforms.

Braxe wanted to modernise it as he thought it sounded outdated. Speaking to Billboard, he said: "It sounds good, but compared to today it sounds a bit old, and I thought it’s a good thing to try and update it. We did some very subtle compression, it sounds a bit like on the original 12-inch."

Released on French label Roulé in 1998, the Chaka Khan-sampling track reached number two in the UK Singles Chart and went platinum in the UK and Australia.

The reissue doesn't have a release date yet, but you can watch the video for the original below and listen to a bunch of French Touch classics here.

France's scene is still alive and kicking and these are the DJs spearheading the Parisian underground.