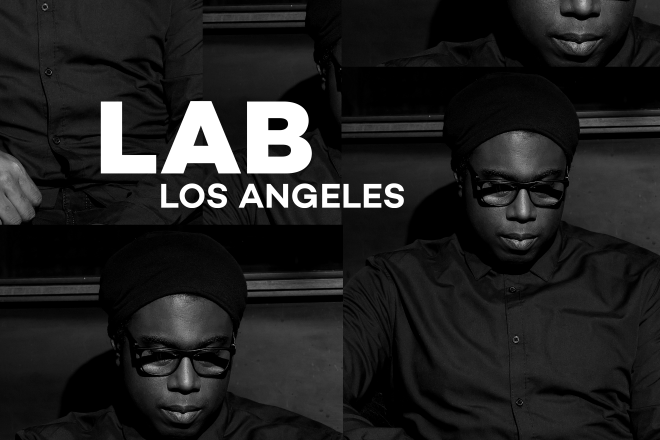 The Lab LA is BULLDOG Gin and Mixmag's weekly live stream and post-work unwind, where we showcase the finest DJs from a special LA location. On Friday, January 31, the established deep house connoisseur, Fred P is popping in for an exclusive set.

With eleven albums and decades of DJing under his belt, Fred P has forged a career rooted in consciousness. His futuristic, spiritual take on house and techno separate him from the crowd, gaining him quarterly residencies at London's Oval Space and Pickle Factory. The New York native gone Berlin resident has engrained himself in the European scene.

Before his proliferation as a DJ and producer, Fred P spent years dancing in New York clubs such as Red Zone, Sound Factory and Tunnel, experiencing the sets of house staples from David Morales to Frankie Knuckles to Danny Tenaglia.

He uses this inspiration in his artistry for Fred P, as well as for his alias, Black Jazz Consortium. After his label Soul People Music ceased business in 2018, he has shifted his focus onto his new label, Perpetual Sound.

The open-minded artist has explained his outlook on the essence of his art stating, “like-minds together, to raise each other’s consciousness”. Dive deep with Fred P this Friday.

Opening the Lab LA will be Nicolaas Black. Black is a Los Angeles based producer, DJ, songwriter and engineer, who lovingly embraces analog synthesis and studio experimentation while flexing a deep knowledge of house, techno and a wide spectrum of musical genres.

Watch Fred P's set in The Lab LA live streamed to Facebook next week. The set will also be available on Mixmag's YouTube channel here.

Fred P will play at Into The Woods, one of LA's most heralded warehouse parties, on January 31, grab tickets and more info here.

The Lab LA is powered by Void Acoustics. Subscribe to Mixmag TV and follow Mixmag on Facebook to watch Fred P's set in The Lab LA.