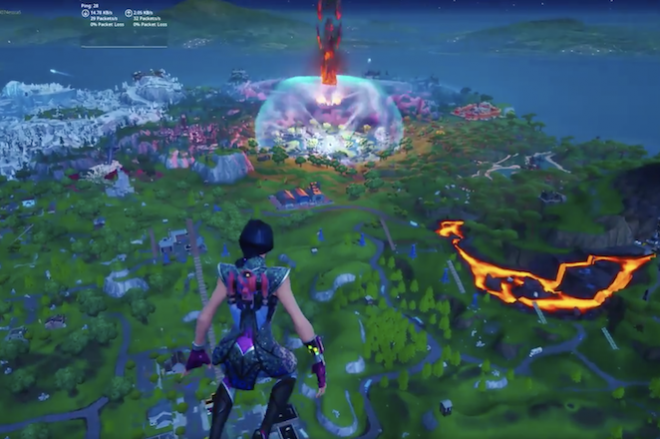 Fortnite's gaming universe has been replaced by a gaping black hole, leaving the user-base effectively locked out from playing the game after a massive meteorite detonated the map. This event marks the end of Season 10, which online players witnessed as a streaming of meteors into the map before it was annihilated. Since the astral collapse, Fortnite has deleted all of its past Tweets, while live streaming a video of the black hole.

Read this next: Fortnite is as addictive as cocaine, according to new lawsuit

The wildly popular game provides a battlefield where 100 online gamers can engage in player-versus-player combat, both against one another individually or in group engagements.

Players had been predicting such an end to the season since August, which Epic Games - the owners of Fortnite, had confirmed would happen on Sunday, October 13. Many of the fans who've actively engaged in Fortnite have been ardently expressing their shock withdrawals from not having access to the game.

Read this next: Virtual DJ: Was Marshmello's set inside Fortnite the biggest concert ever held?

It is still unknown when Season 11 will begin, or what the next map will look like.

This is the end thank you #Fortnite 💔💔😭😭
pic.twitter.com/YbhxJwymbF

Read this next: Get the best of Mixmag direct to your DMs