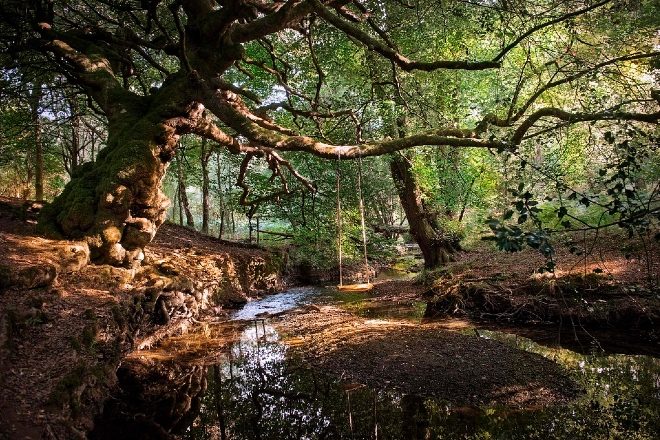 Police caught around 300 ravers in Gloucestershire’s Forest of Dean on Sunday, after an all-night party.

Revellers joined the illegal rave on Saturday night and showed a "lack of respect" for the environment according to police officers who reported to the scene.

The gathering, which happened near Cinderford in the heritage cultural region of the Forest of Dean, was dispersed on Sunday morning after noise complaints from locals who could hear the loud music from "miles away", reports Gloucestershire Live.

Police reportedly worked "through the night" on Saturday until Sunday afternoon, according to a spokesperson from the Gloucestershire Police. “Police were called to Staple-edge Woods, near Cinderford, late last night (Saturday 3 July) to reports of an event."

"Officers want to thank the local community for their patience as the work continues to disperse the gathering and reassure those living in the area that they understand how much of an impact an event like this can have,” they continued.

Read this next: 20-year-old given £10k fine after throwing rave at Kent Airbnb

After hearing news of the planned party on Saturday night, police began blocking off roads leading to the forest and turned away potential ravers at around 11:30PM. By that time, hundreds had already gathered for the rave.

Police moved in on the party on Sunday to seize sound equipment but did not make any arrests.

Superintendent Jane Probert stated, “the individuals who have attended this rave have shown a complete lack of respect for the environment, local residents and tourists in an area of such outstanding beauty.”

A large amount of litter is currently being removed from the scene by police and government agency Forestry England.