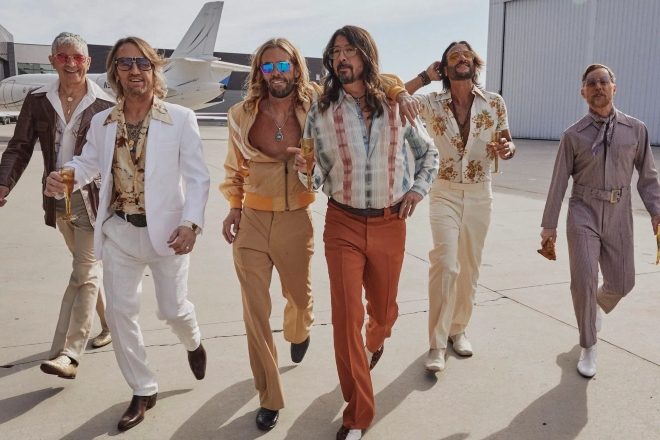 Foo Fighters have revealed that their next LP will be released under a Bee Gees cover band alias, The Dee Gees.

‘Hail Satin’ is due to drop next month for US Record Store Day on July 17 under ‘The Dee Gees’, a nod to frontman Dave Grohl’s initials.

Read this next: Noel Gallagher: "I took an E and then electronic music made sense!"

“Introducing…the Dee Gees!!! HAIL SATIN – coming to a local record store & dance party near you July 17th!!!” the band tweeted in announcement of their new alter-ego album on Thursday.

The record will feature covers of the Gibb brothers classics, such as ‘Tragedy’, ‘Night Fever’, ‘More Than A Woman’, and ‘You Should Be Dancing’, as well as a take on Andy Gibbs’ ‘Shadow Dancing’.

The second side of the LP will feature five live versions of the band’s last album ‘Medicine At Midnight’ which came in February following release delays.

Read this next: Listen to a funk and disco playlist curated by Ali Love and Nicky Night Time

The rock band made the announcement on June 17, a month ahead of the release, alongside a clip of their rendition of the 1976 disco classic ‘You Should Be Dancing’.

The six-piece released a teaser for the track back in February, performing the cover on BBC Radio 2’s Sofa Sessions. Talking about why they chose the disco cover, Grohl explained:

"I was like, 'Why don't we just do a Bee Gees song?' And someone was just like, 'OK, how do you wanna do it?' And I said, 'Well, let's do it like the Bee Gees’. I’ve never, ever in my life sung like that, but it was the easiest song I have ever sung in my entire life!"

Read this next: History revision: The art of the disco edit

The Foo Fighters also announced a US tour earlier this month. Find ‘Hail Satin’ in shops this Record Store Day.