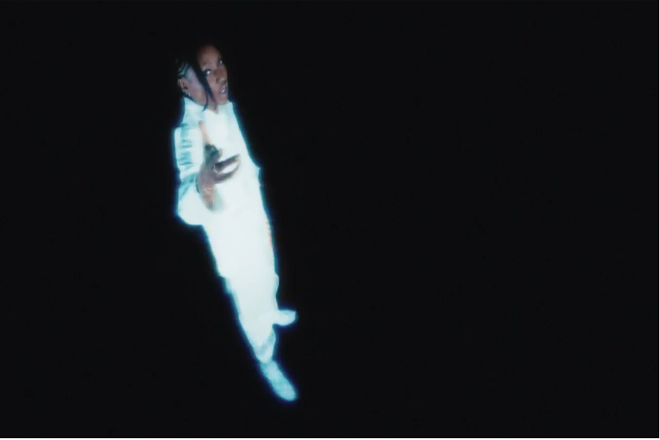 Flohio has dropped a striking new visual for the single ‘Watchout,’ directed by Stella Scott.

Dressed in white and armed with a Rottweiler, Flohio cuts an authoritative figure through a grainy lens, reminiscent of security footage, alluding to the dangers of surveillance in the future.

Hard-hitting bars and flashing blue lights move through scenes with a crystal ball, striking a balance between the present and the future.

Flohio is currently touring the UK and Europe, for more information head here.

Check out the video for ‘Watchout’ below.