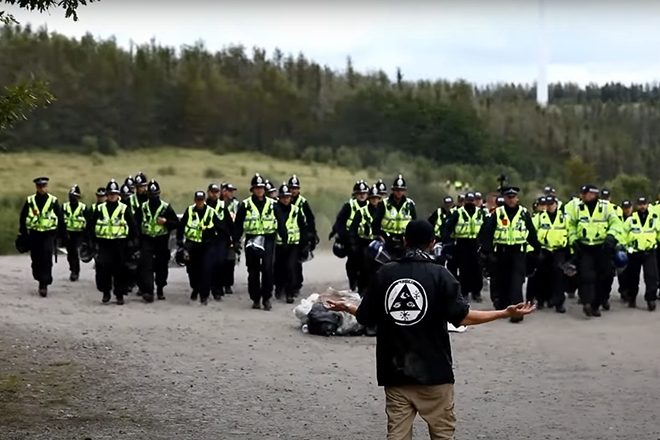 Five people have been jailed following an illegal Halloween rave on the outskirts of Bristol.

Between 500 and 700 people attended the rave in Yate on Saturday 31 October.

One man in his 20s from Devon was jailed for 38 weeks after pleading guilty to spitting at an officer.

The other four defendants collectively received sentences totalling 22 weeks in prison, including a woman sentenced for kicking an officer.

DS Harriet Drewett condemned the event, saying: “Hundreds of people that evening believed their desire to have a night out was more important than protecting the health of their loved ones and people in their community.

She added their behaviour was “reckless and selfish in the extreme,” and “officers who attended that night also faced shocking levels of hostility and in some cases violence, which is completely unacceptable.”