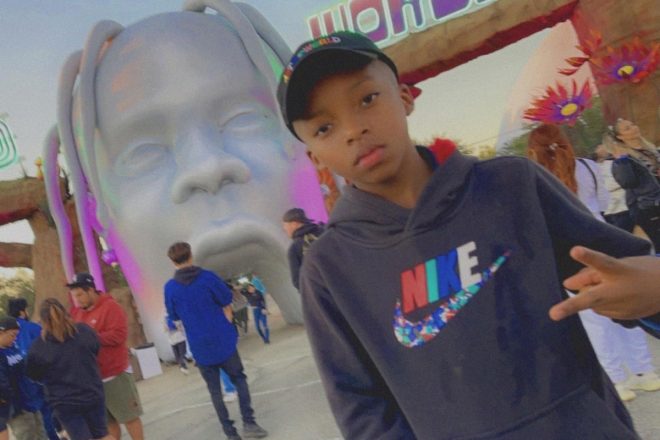 Nine-year-old Ezra Blount was the youngest of the 10 people who died earlier this month at Travis Scott’s Astroworld festival.

On November 5, Blount attended the event with his father Treston Blount, when he was reportedly forced to the ground and trampled while his father fell unconscious due to the crowd surge that took place.

Blount was eventually taken to hospital and placed in a medically induced coma however the Blount family’s lawyer, Ben Crump, confirms that he died at Texas children’s hospital in Houston on the Sunday.

Since the tragedy, Travis Scott has promised to cover funereal costs for all 10 deaths as he said in a statement it is “the first of many steps Travis plans on taking as part of his personal vow to assist those affected throughout their grieving and recovery process”.

According to Rolling Stone, Scott’s lawyer explained that the artist was “devastated” and “grieves for the families whose loves one died or were injured”.

“Travis is committed to doing his part to help the families who have suffered and begin the long process of healing in the Houston community. Toward that end, Travis would like to pay for the funeral expenses for Mr. Blount’s son,” it continued.

The letter also noted that Scott’s offer would have “no effect” on the lawsuit filed against the rapper by the family.

The family’s response came from lawyer Bob Hillard who said: “I have no doubt Mr. Scott feels remorse. His journey ahead will be painful. He must face and hopefully see that he bears some of the responsibility for this tragedy,” it read.

“There may be, and I hope there is, redemption and growth for him on the other side of what this painful process will be — and perhaps one day, once time allows some healing for the victims and acceptance of responsibility by Mr. Scott and others, Treston and Mr. Scott might meet, as there is also healing in that,” Hilliard continued.

“To lose a child in the manner Treston lost Ezra compounds the pain. As a parent, Treston cannot help but agonize over the terrible idea that Ezra’s last minutes were filled with terror, suffering, suffocation and worst of all surrounded by strangers, his dad unconscious underneath the uncontrolled crowd.”

Treston Blount described his experiences by saying: “I had my son on my shoulders awaiting Drake’s stage appearance,

“I began to be crushed until I couldn’t breathe, I passed out and I woke up and my son was gone.”

Treston found his son at the local hospital with swelling to his brain and trauma “to nearly all organs”, after being “kicked, stepped on and trampled, and nearly crushed to death”.