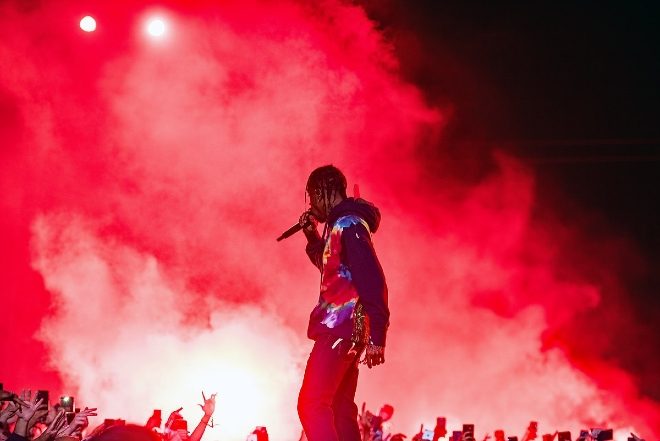 The family of John Hilgert, a 14-year-old high school freshman who died at the Astroworld music event, has sued Travis Scott and others, seeking "changes".

John Hilgert was one of 10 people who were killed in a "mass casualty" crowd crush during the rapper's headline show in Houston, Texas. He was 14 years old at the time.

Travis Scott, 30, is named in the case, which was filed on Wednesday and acquired by PEOPLE magazine. It also names Live Nation Worldwide and its subsidiaries, including Scoremore LLC.

Read this next: Travis Scott, Drake and Live Nation are being sued for $2 billion

The lawsuit claims that the defendants "failed in their obligation to safeguard the health, safety, and lives of those in attendance at the performance," citing security and crowd control failures as examples.

The file also claims that "gross negligence" and "reckless disregard" for Hilgert's safety is the reason for his injuries death.

A second complaint was filed on behalf of Adam and Jennifer Cox, parents of a youngster identified "B.C." who was hurt in the stampede and was a friend of Hilgert's.

This lawsuit also claims that negligence is what hurt their child.

According to a press release, John's parents, Chris and Nichole Hilgert, want to see changes in the way concerts are arranged, including more security, medical facilities, and the elimination of poorly planned general admission seating in favour of allocated seats.

"Defendants egregiously failed in their duty to protect the health, safety, and lives of those in attendance at the concert, including but not limited to the failure to provide adequate security personnel to implement crowd control measures, proper barricades, and the failure to provide a sufficient amount of emergency medical support," the suit contends.

"The pain of our loss from our son John not making it home alive from an event such as this is intolerable. He was a beautiful young man who simply wanted to enjoy his first concert event with friends, whom he treasured spending time with more than anything else," Chris Hilgert said in a statement.

"This pain should never be felt by anyone over a loved one attending a live concert," he said.

"Our sole aim in filing this lawsuit is to prevent this type of tragedy from ever happening again at a live concert.

"There is no excuse for the poor crowd design, event execution and lack of response that was exercised at this festival that resulted in the tragic death of our son and nine others along with scores of other people that were innocently injured."

Read this next: Astroworld security guards are the latest to file lawsuit against Travis Scott

This lawsuit is one of many that have been filed against Scott because of the incidents that occurred during the event.

Recently it was revealed that security guards from the event also took legal action due to the lack of training provided.