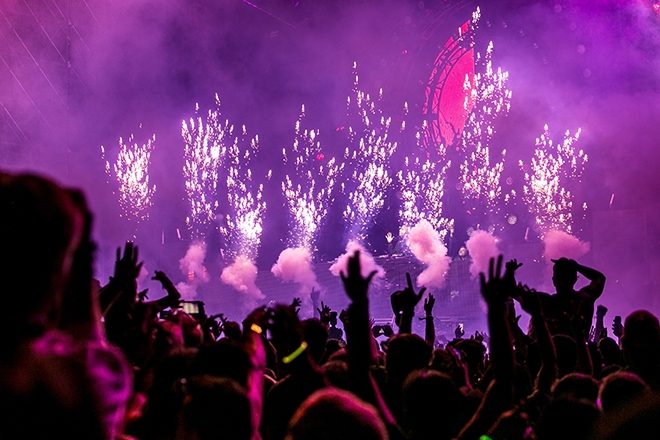 Fake crowd noise will be played in clubs this summer, reports industry body the Federation of Open Late Shindigs.

The pre-recorded audio simulation is expected to be used in larger scale venues such as arenas and stadiums that may still have to follow reduced capacity or social distancing restrictions.

Read this next: Eight reasons EDM is over (and four reasons it isn't)

The move has been welcomed by EDM acts such as Marshmello, David Guetta and The Chainsmokers who commonly headline large nightclubs.

“It makes a lot of sense,” said The Chainsmokers, “the dancefloors are going to be less busy so it will help generate an atmosphere. And honestly, our crowds could often use a little boost.”

"I know this will be a success," comments Marhsmello, "and I'm rarely wrong. As a day one mask wearer, this pandemic has shown I tend to be ahead of the curve. Fake crowd noise is the next step for dance music's unstoppable ascent to industry domination."

One anonymous industry source warned Mixmag, "this will be a gamechanger for market manipulation. Buying up fake SoundCloud and Spotify plays was just the start, soon artist managers will be able to make empty live shows appear ferociously atmospheric. I think we'll soon see DJs with zero real fans and an army of fake followers headlining arenas."

Read this next: How artists, labels and DJs are gaming digital platforms

The remotely controlled audio system will be operated by Dutch company Nepbedrijf, who have previously worked with BT Sport in conducting the fake sound of premier league football matches.

“We saw what they were capable of doing when turning a soulless bowl like the Emirates Stadium into a roaring arena and knew we had to get them involved,” said Eric D. Matterhorn, Events Manager of Las Vegas’ newly launching VVVVIP nightclub, located in the heart of the city’s strip.

Read this next: Ghostwriters in the former USSR are turning Western DJs into stars

Not everyone is so keen on the plans. “The only fake claps I want to hear are midi claps made in Ableton and placed alongside fucking loads of hi hats,” said one commenter on the club’s Instagram announcement.