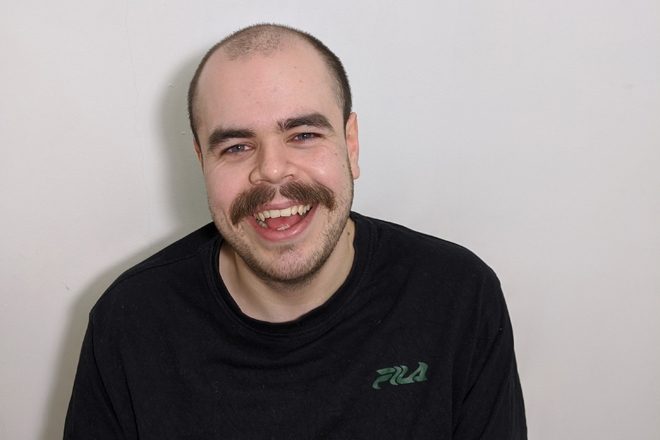 Wheelman is a mainstay of the Glasgow clubbing community, and to celebrate the launch of hotly anticipated new radio station Clyde Built Radio, he’s given us exclusive access to his new mix. The radio station will be the city’s first independent station and will begin beaming to the world from Saturday February 1.

The station’s launch is supported by Dr. Martens who are working with the community behind Clyde Built Radio in support of their mission to Bring Glasgow to the World; uniting the city’s iconic creatives for a special first broadcast and live event in aid of Glaswegian charity, The Unity Centre.

Read this next: Impact - Vaj Power

Kicking off in Clyde Built Radio’s studio in the city’s legendary Barras Market, acts such as 12th Isle residents, Vaj Power, Sub Club and Mr TC will be among the first to be broadcast on the new station, before the day’s finale; an exclusive live-broadcasted opening event at Barrowland 2, featuring live sets from Rhianna-endorsed industrial soul duo LAPS (aka Ladies As Pimps), plus visual and performance artist Lady Neptune. Completing the day of broadcasting is Grim Lusk (aka Murray Collier) - who, following recent releases on labels such as Domestic Exile, 10BPM Dance Club and 12th Isle, will play a closing set of detailed dub-influenced and leftfield dance music.

The Clyde Built Radio celebrations form part of Dr. Martens’ Tough As You campaign, which recognises moments of resilience, those fighting to overcome barriers and the fierce spirit of independent artists across the world.

Limited tickets to attend the opening event at the Barrowland 2 are here.