The duo, comprising Sofya Staune and Holly McGowan, met in 2015 while studying at Glasgow’s School of Art. 3AM coffee runs to their halls of residence kitchen was how they got acquainted, but their friendship was slow burning at first, accelerating when they discovered their mutual interest in 3D animation, interactive technology and music.

Finding themselves amongst a supportive scene of fellow Glasgow-based musicians and artists, the duo began getting gigs as VJs. Taking inspiration from fluid identity celebrating artists Pussykrew, they began lighting up dances with striking imagery of formless figures. The following year saw them launch their club night FUSE, a diversity-focused, bass-driven night catering to fans of dubstep, grime and UK funky. Supporting local talent like K4CIE and Polonis is a key focus, while guests have included Berlin experimentalist Ziúr and London’s Sicaria Sound. The success of the audiovisual event led the pair to applying what they learned as VJs to the art of DJing.

But 2018’s devastating fire in their spiritual and physical home of Glasgow venue The Art School left VAJ.Power at an impasse. They lost work as graphic designers and animators for The Art School’s other nights, as well as having to put their own event on hold while the building underwent renovation. With extra time on their hands, they decided to start a booking agency for musicians from Scotland and abroad. FUSE by VAJ.Power was launched with a dedicated club night in February. The following week, we pinned down the busy duo to talk about their journey so far.

Check out an exclusive mix and Q+A from VAJ.Power below. 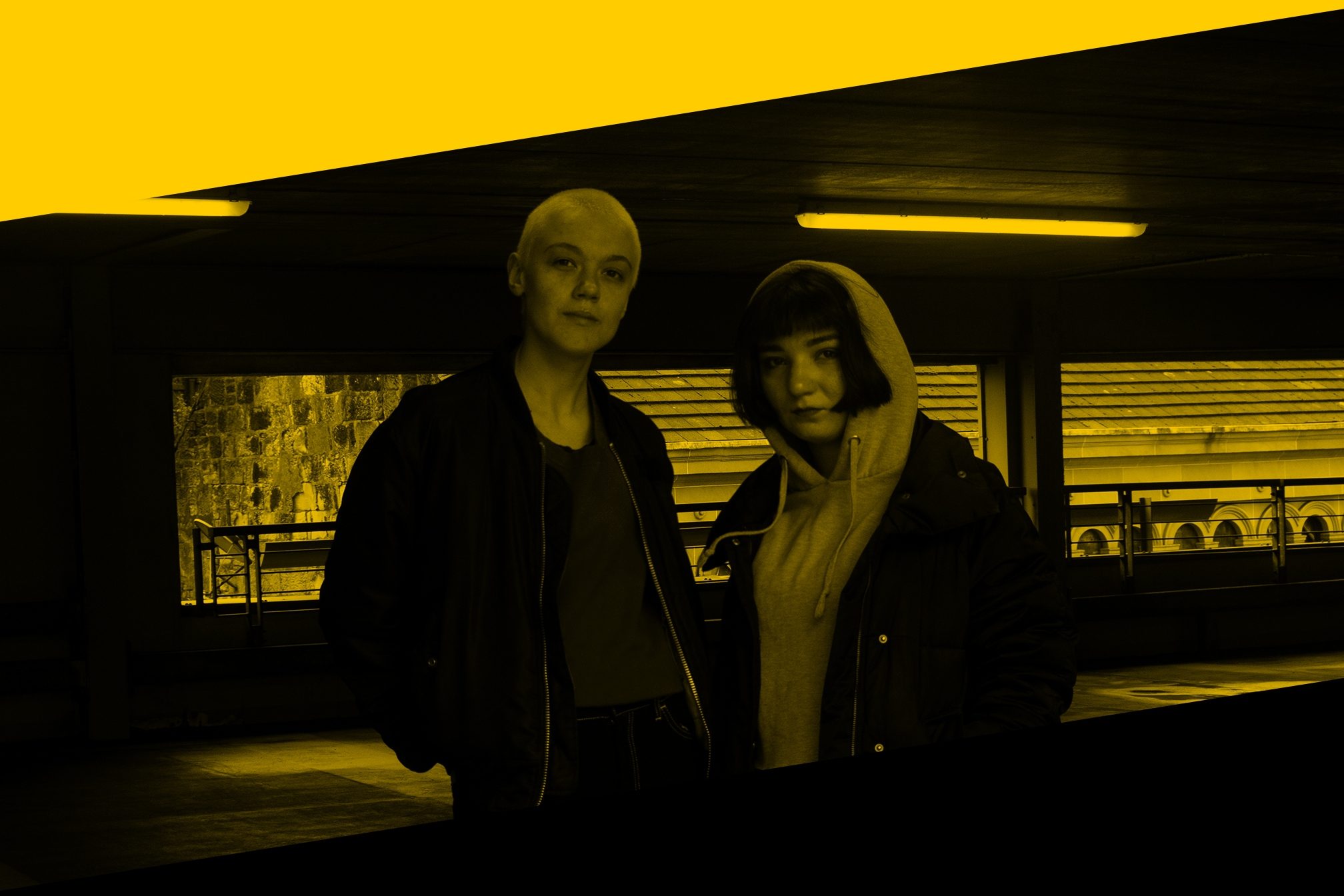 How did your name VAJ.Power come about?

We were basically sitting in Holly’s flat trying to come up with a name – we remember having this rant about how all artists in audiovisual fields are predominantly cis male, and how uninspiring the snippets of visuals and VJ sets that we found online were. So we started to joke about coming up with puns, and then ‘VAJ’ came up, which was quite tongue-in-cheek, as it’s short for Visual Audio Jockeys.

Being AFAB (assigned female at birth), conversations around gender identity and representation are quite a big part of our practice, so it’s sometimes nice when people ask how we came up with it. We remember it was our second or third gig, when we had a conversation with a random guy near the club who complimented our visuals but said, “your name is kind of unfortunate though." That was the moment when we realised we should stick with it! And it’s actually quite fun to see the sound of the word became normalised, even though some people have discomfort saying it still. It also kind of clicked when we started working on our logo – the word works quite nicely written down.

Your output as animators often deals with the body. What informed this creative direction?

It came quite naturally – as both non-binary persons, but not out at the time, it was what we were subconsciously drawn to when starting out with animation. We also found when we started our night FUSE that we wanted to develop our visual style, and using the model of a naked body in a completely non-sexualised way resonated with us a lot. It’s just like how we are using VAJ in a non-sexual way.

How has starting out as VJs impacted how you approach DJing?

We started FUSE as a space to experiment with visuals, but also do it to the music we love. Both creating visuals and DJing is interconnected for us, as both complement each other and create the whole atmosphere. It was much easier to grasp the logic behind mixing after we started VJing as it’s quite similar – both work with rhythm. We guess that’s how we approach both things – we see it as a whole experience. We recently did an AV show for Glasgow Film Festival and it was fun to see how music and visuals come together in a non-club space.

When did you launch your club night FUSE?

Our first night was in December 2016 as a student night on Thursdays. We could get the space in [Glasgow venue] The Art School for free as students and we wanted to take that opportunity to make the space our own, improve accessibility, and support womxn and gender non-conforming people in darker, 140 bass-driven genres. It's a scene which can be quite difficult to access for many reasons. We also wanted to incorporate live electronic sets within our night as well as visual arts – hence FUSE – merging together different things, sonically and visually.

Glasgow is still predominantly known for techno. Have you come up against any challenges operating within such an environment?

Pushing 140 in Glasgow is difficult! Bass genres are considered niche which is a shame, and therefore there isn’t much footfall for our nights. It has both advantages and downsides to it though. On the one hand, we know that our crowd comes to FUSE for the love of music, therefore there’s a good vibe and so much love always! We are genuinely so grateful for all the nice things we hear about our night. On the other hand, our demographic is quite limited, and it can be hard to reach a wider audience. But the thing is, those who are not familiar with the sound are enjoying it when they do come. It’s difficult to introduce people to anything new, but bass music and 140 genres are on the rise in Glasgow now and there are quite a few nights that push that sound, though we would imagine they face similar problems. A lot of big promoters who put on techno nights have a lot of resources that we unfortunately don’t have. This is a struggle, but also it’s very rewarding to see more people coming to the nights which work with not so commonly heard genres. 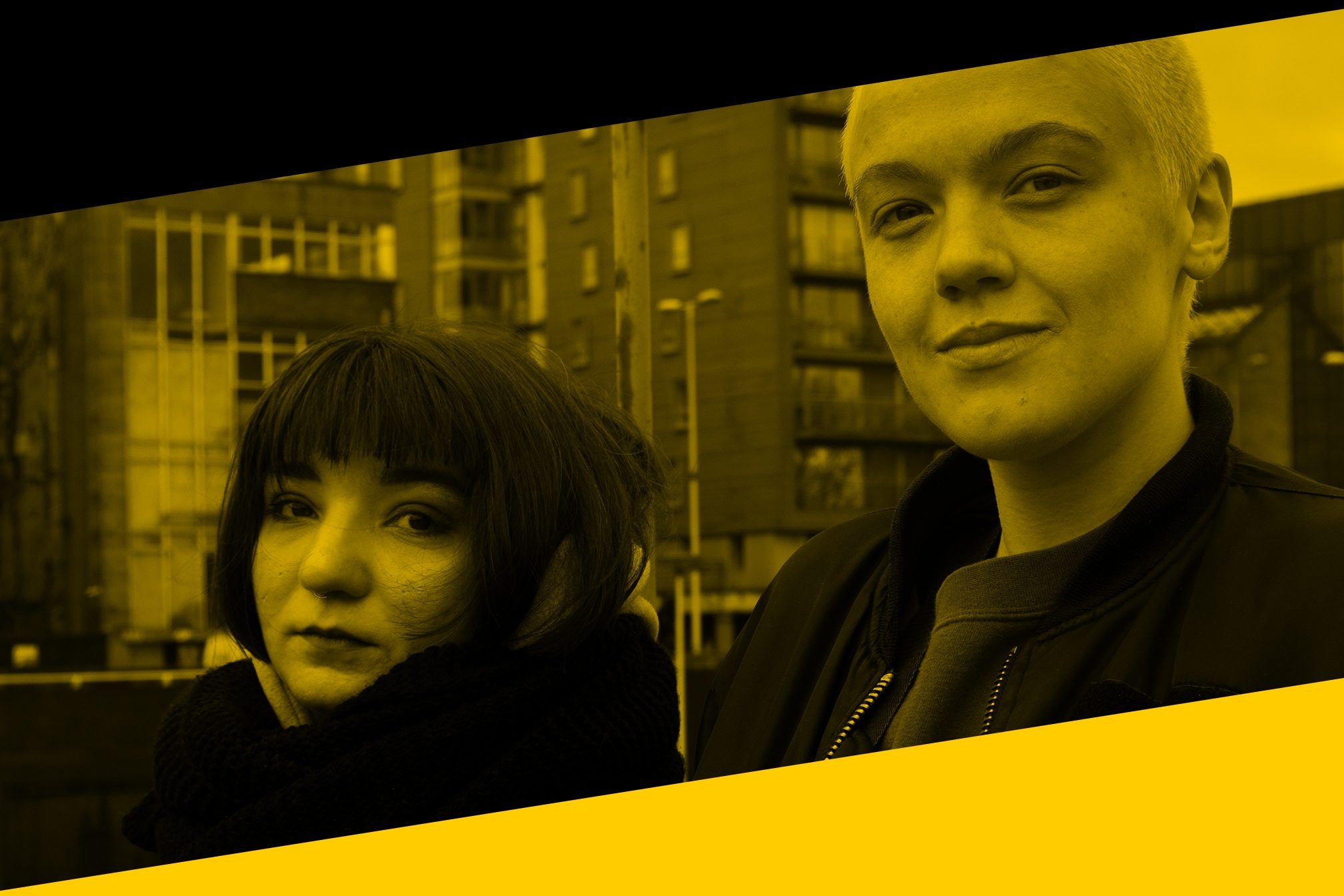 FUSE incorporates workshops for aspiring animators, who can then showcase their work during the night. Why was this important to you?

When we started FUSE, our goal was to showcase local lesser-known talent alongside some bigger names, which hopefully helps the artists out and gives them space for experimentation in a non-judgemental space. We basically applied the same logic to the visuals, as that was the space we could provide. We think sharing knowledge is very important, and very rewarding as well. When we started out, there were very few people who did visuals in Glasgow – we could probably count them on one hand. Now the visuals are a part of many nights, which is incredible. It gives people another artistic outlet and provides new experiences for the audience. It’s great to see such nights as Belly Tree and A Cut Above for example, who have a dedicated spot for the VJs, and make it integral to their nights.

November 2018 saw you launch a booking agency for artists from Glasgow and beyond. Can you talk us through this transition?

We thought that with the resources we have, however limited on the grand scheme of things, could still help artists out. The ethos behind our FUSE by VAJ.Power agency is to push for more professional and respectful communication between artists and promoters, as well as to try putting artists on the map outside of the ‘Glasgow bubble’. There’s so much talent that unfortunately goes unnoticed. We’ve also launched a FUSE by VAJ.Power mix series where we interview the artists who provide mixes for us, and the common thread is that artists don’t feel respected enough: they are not told the set times; their travel is not paid; they might not even be paid at all, and that’s what we wanted to tackle. We want artists to feel comfy and be able to turn up to the gig and give it one hundred percent without thinking of the logistics or feeling undervalued.

Can you tell us a little bit about the artists on your roster?

The diversity of genres is a big focus for us, as well as working with artists who aren’t afraid to take risks and stay true to themselves. That being said, we predominantly work with the artists who play bass-driven genres, such as dubstep, grime, UKG, hard drum, club music and so on. In Glasgow, and beyond too - for example we have Accra-based Keyzuz and Chicago’s 2 Centavos on our roster

We also strive to work with queer artists, as being queer ourselves, we know that you have to fight for the respect in the scene and for the safer environments. For example, some artists require gender-neutral toilets, and it is important that promoters recognise and respect artists’ needs. These seemingly small things reflect the bigger picture in the music scene and improve attitudes and visibility. It’s important for us as agents to also recognise such problems within the scene as tokenism and misgendering – the amount of times we’ve been addressed as ‘female DJs’ or FUSE addressed as a ‘female-friendly night’. We want to take on the responsibility of communicating those issues and take the burden of it off artists’ shoulders.

Another thing is, it’s not a secret that the bass scene is predominately white and cis male, with the same guys getting booked over and over (and over) again, taking up the space of less privileged people. Our roster proves that the bass community is just not that demographic at all. And at least in Glasgow, it’s not an option to go for the same obvious choice every time anymore, because here they are, all these great artists from different backgrounds, playing all sorts, fitting the line-ups perfectly.

We really wanted to show our versatility with this mix. Our approach to mixing is almost telling a story musically. We love speeding up and slowing down, creating pauses, and then getting even more intense. We love working with darker vibes and textural sounds as well and we also use DJing as a tool to explore the music created by womxn and gender-nonconforming people in the bass community. Do send us your tracks on vaj.power.vj@gmail.com – we are soon to announce our new radio show and want to showcase great new music.

We’ve included quite a few tracks that we never get to play in a club. Special shout out to London-based producer/DJ TAYYLOR MADE, Glasgow-based Italian producer 3SBAT, Khiva and Moscow’s Oddkut, whose tracks we played in the mix. There’s also the newest track by Evil Medvěd, Holly’s solo project. EP coming soon!

High times in the Highlands: Exploring the outer reaches of Scotland's music scene
Mixing with purpose: Sicaria Sound are taking dubstep into the future
Scottish Twitter knows rave culture better than anyone