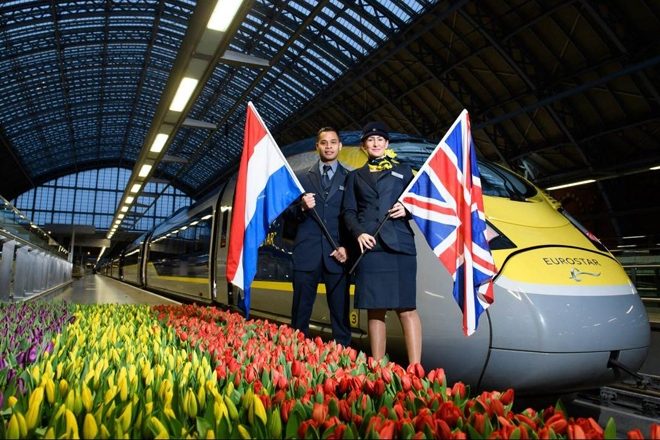 Starting June 11, Eurostar will run one additional train from London to the Netherlands each day, expanding the daily service to three direct trains to Rotterdam and Amsterdam.

The service launched last April and is now growing to match customer demand. Amendments to the timetable will see the first train of the day now leave 75 minutes earlier at 7:16am, while the new service will depart at 11:04am.

Mike Cooper, Eurostar’s chief executive, said: “Our new route to the Netherlands has been met with strong demand from our customers, who increasingly value the ease, comfort and seamless experience of high-speed rail.

“A third train each day will boost capacity whilst offering more choice and flexibility to travellers connecting between these European cities.”

Tickets are on sale now, priced from £35 one way. The high-speed rail method of travelling for this journey emits 80 per cent less carbon than flying, with the time taken to get from London St Pancras station to Rotterdam and on to Amsterdam totalling 3 hours 13 minutes and 3 hours 52 minutes respectively.

The return journey is a lengthier process and requires passengers to connect through Brussels due to there currently being no agreement in place between the British and Dutch governments for passport and security checks to be conducted in the Netherlands.