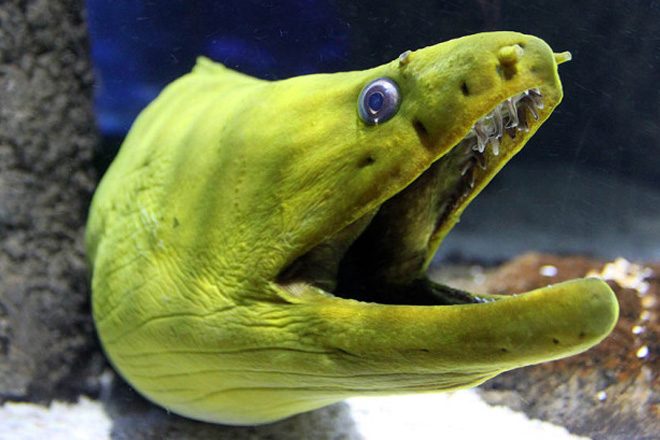 2018 has been the year we've all started to really think about what we're putting in our water. The internet flooded with stories of what plastic was doing to our oceans and rivers and what it was doing to everything that lives in them.

Why? Britain's eels are getting high on the cocaine in the water and it might be killing them off, say the publishers of a recent study.

Unsurprisingly, the "illicit drug widespread in surface waters" is making eels "hyperactive". We dread to think how many volts an electric eel could unleash if they're being charged up by the coke, too.

Obviously it's no good for their health, notably because cocaine-exposed eels are suffering “serious injury” to their skeletal muscle, which researchers found is also slow to repair. It might even "[affect] the survival of this species."

Researchers believe the study confirms "the harmful impact of cocaine in the environment”.

So next time you swap that plastic straw for a metal one or swap the beef in your burger for beans, mayve think about swapping your bag of coke for a cheeky beer. Just make sure you recycle the can.