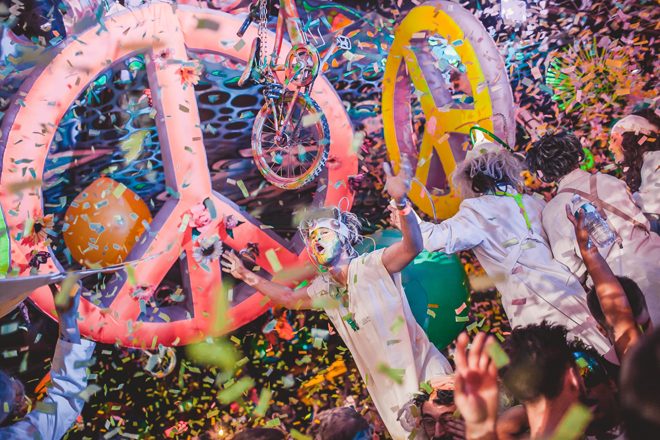 Despite throwing over 250 parties in 50 different cities since 2015, elrow has never been to Germany.

That's set to change on April 1 as the confetti-fueled event heads to Columbiahalle in Berlin.

The Psychedelic Trip party will run from 10pm to 8am and feature Matthias Tanzmann, Melé, Emanuel Satie, Andres Campo and Toni Varga.

Elrow's telling people to "jump into the wildest hippy commune ever, shout out “make elrow, not war,” hug a tree, hug a flower, hug whatever and whoever, as long as you spread a bit of love and laughter."

Limited earlybird tickets are on sale for €30 here.