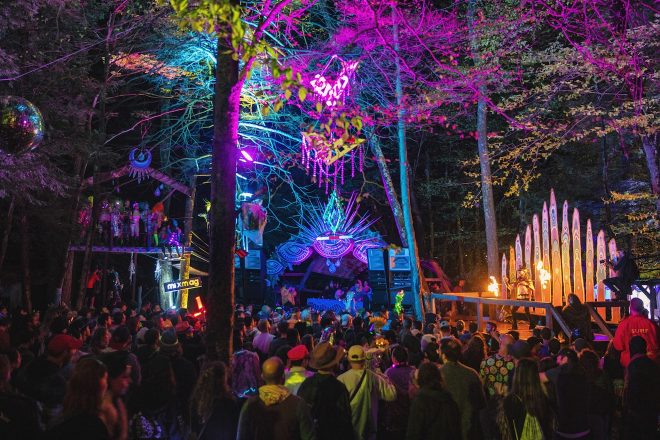 From May 22 to 25, the fourth edition of Elements Festival is returning to the forests of Lakewood, Pennsylvania with an enticing lineup to take festival goers into a new reality. Among the impressive lineup are favorites such as Bonobo, Diplo, Chris Lake, Four Tet, TOKiMONSTA, Claude VonStroke, Gramatik and the Desert Hearts family.

Read this next: Elements is the festival that spares no expense on awe-inspiring visuals

With art installations, summer activities, wellness initiatives such as yoga classes and meditative sound baths and even a pirate ship, Elements is an adult playground of its own kind.

Brought to life by the Brooklyn production company, BangOn!NYC, the Fire, Earth, Air and Water stages offer an experience as diverse as its lineup. Notes of house, techno, dubstep, funk and a mix of psychedelia are expected to float around the sound waves of the forest.

The Memorial Day Weekend festival will feature housing options from camping to bungalows, as well as 24-hour vendors so you can fully immerse yourself in its cove. 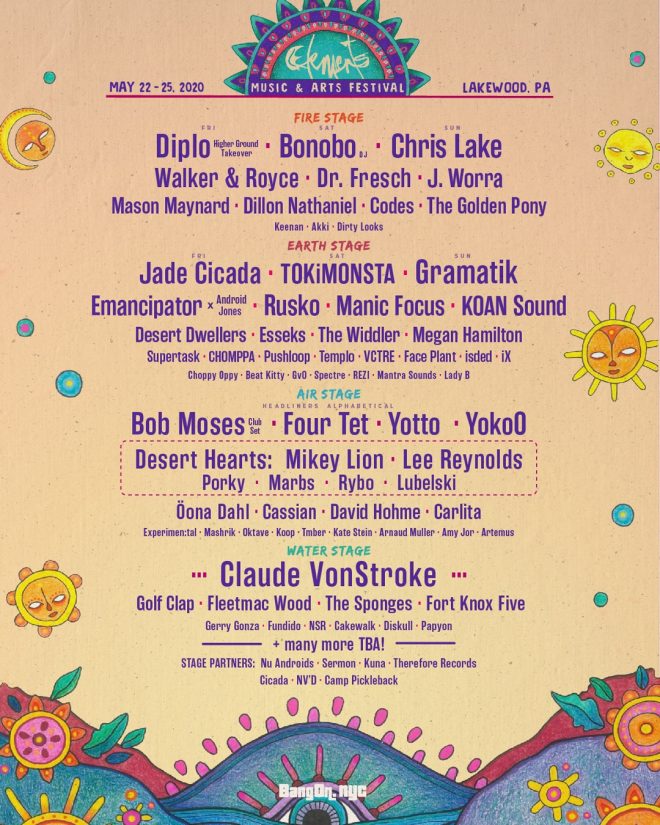