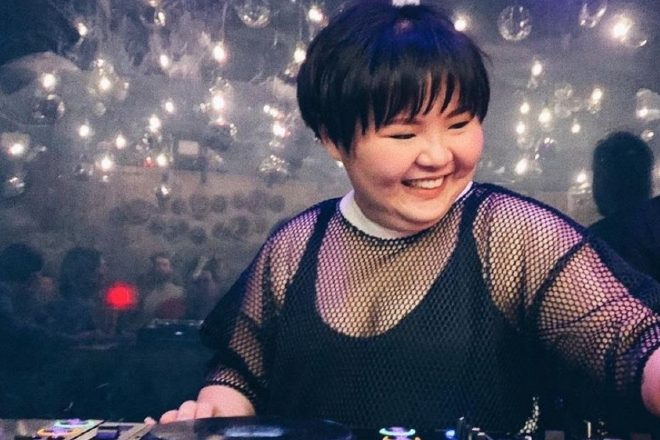 Chan was cofounder of Singapore venues Headquarters and Tuff Club and DJed under the name of Cats On Crack.

She was well respected within the electronic music fanbase and community in Singapore for being one of the original flagbearers for the local scene.

In 2016, Chan formed events collective The Council, alongside Clement Chin, and from there they went on to create Headquarters, widely known by Singaporean clubbers as HQ.

Headquarters, one of Chan’s clubs, was renowned for its signature graffiti walls and red lasers.

Speaking to Mixmag in 2019, Chan spoke about the need for more organisers and bookers need to take a plunge and bring in lesser-known talent. She also reiterated that the best DJs can succeed when they have the chance to home grow their talent.

"With more venues, local DJs have a chance to hone their own sound,” she said. "When I started DJing six-to-seven years ago, a lot of people had the same vibe because they were all vying for the same gigs at the same clubs."

Speaking to Bandwagon in 2017, Chan, alongside Clement Chin, said: “Headquarters was always meant to be a space people can escape to and not have any care in the world, and enjoy music at the same time.”

She had a knack for spotting talent and introduced the likes of Peggy Gou, DJ BORING, Charlotte De Witte, and Amelie Lens to her clubs before they became global stars.

Above all, she championed local talent in Singapore and in neighbouring South-East Asian countries, regularly booking selectors from neighbouring countries in an effort to strengthen regional ties, and was an inspirational figure for her knowledge on fostering community and building scenes that reflect the uniqueness of the regions they exist in.

One of her greatest efforts was her outspokenness about Singapore's strict licensing rules and liquor sale regulations. She rallied the electronic music community together to create better business models and urged politicians and officials to see the harmony seen within the nightlife community.

As a DJ, she has performed alongside the likes of Todd Edwards, Cassy and Scarlett Etienne. She recorded mixes for fabric and DGTL and played at some iconic festivals including China's Great Wall Festival, Wonderfruit Festival in Thailand and more.

NME understands that Chan died in Berlin on May 4. The cause of death is not yet known.

Tributes have been coming in from those in the electronic music community in Singapore and beyond. Read some tributes below.

Eileen Chan sadly lost her life this week. She reinvigorated Singapore’s nightlife by opening underground clubs HQ in 2016 & Tuff Club in 2018. These put Singapore on the global nightlife circuit & fostered a true community. She was a badass business woman with a big heart pic.twitter.com/JVEjJZzGXF

Rest in peace Eileen Chan. A truly kind and wonderful spirit who has been most welcoming every time i was in Singapore. You will be missed 🥀 https://t.co/i9h9Hv2WTY