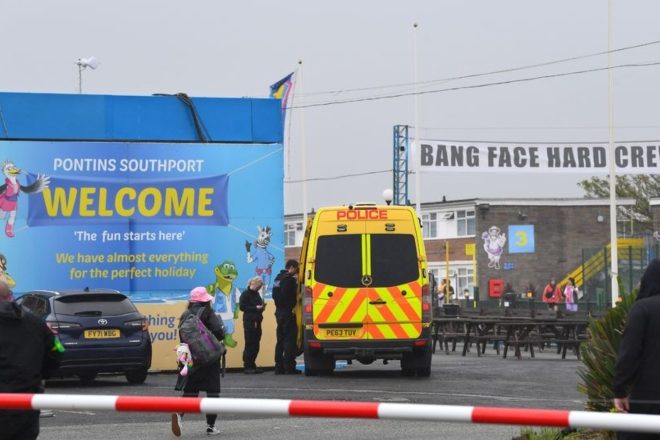 Update, May 11: Bang Face has provided a statement below.

A person in their 30s has died after attending Southport’s annual event, Bang Face Weekender.

The individual was found unconscious in their chalet room at Pontins, Southport, on Friday morning, where the festival was being held. They were then rushed to hospital and subsequently passed away shortly after. The festivalgoer has not yet been identified.

Police said that an ambulance was called to the park at around 7:05AM on Friday morning where just one person was taken to hospital. The incident is currently under investigation, although police are not treating it as suspicious.

"May we take this opportunity to send our deepest condolences to the family in these most distressing of times,” a spokesperson for Britannia Hotels which owns Pontins told Liverpool Echo.

A Merseyside police spokesperson also said in a statement following the woman’s death: “We can confirm that officers were made aware of an incident this morning at Pontins Southport Holiday Park.

"It was reported that a woman in her 30s was found unconscious in a room on the resort. Emergency services attended and the woman was taken to hospital where she sadly passed away.”

Photos posted by Liverpool Echo show the North West Ambulance Service rushing to the event while crowds enter the festival.

“The woman’s next of kin have been informed and the death is not believed to be suspicious. Our investigations are continuing into the incident and a file will be passed to the coroner,” Merseyside Police said.

Bang Face has now provided Mixmag with a media statement: "Our deepest condolences to the family and friends of the deceased. Police confirmed she died in hospital and the death is not believed to be suspicious."

Tributes have been pouring in for the unnamed woman after Liverpool Echo first reported the news. "Such sad news prayers go out to her love ones,” one person said, "My heart goes out to her family and loved ones,” said another.