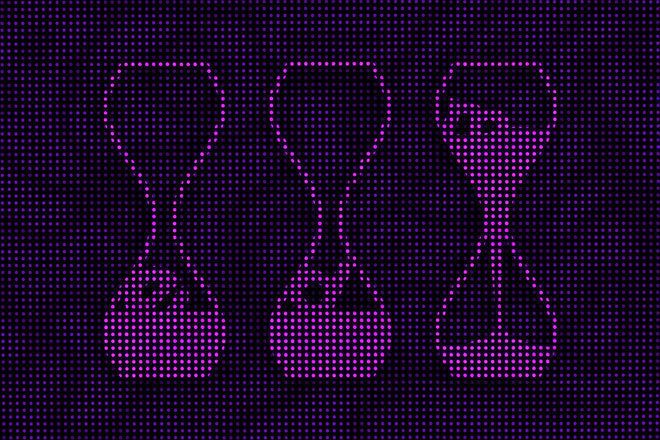 First of all, let's define 'EDM'. The Mixmag definition doesn't cover all 'electronic dance music'. It means the drop-heavy, stadium-filling, fist-pumping, chart-topping, massively commercial main stage sound that conquered America. It means dayglo vests, EDC, Ultra, Vegas pool parties and flying cakes. It's possibly somewhere between electro and progressive house, directed by Michael Bay, and like many music genres, trying to pin it down exactly is like trying to grab a fistful of water. Or should that be a fistpump of water? It's dominated the top end of the Beatport charts for years now, made millionaires out of several Swedes, rather more Dutchmen and Americans and at least one Scot. It's stopped Tiësto playing trance, sold a billion dollars worth of Champagne in Nevada and caused more arguments on the Mixmag Facebook page than any other subject.

On to the real question then: after several years of being the world's biggest sound… Is it over?

Eight reasons EDM is over

EDM events have peaked: Honestly, TomorrowLand, Ultra Europe, EDC Las Vegas; these are Glasto-sized festivals with more fireworks than a G8 country's air force, more glitz than a Hollywood event and more hype than, well, anything. The TomorrowLand stage has static cannons to control the weather and the aftervideo is 30-minutes long. It's inconceivable these events could get any more ridiculously huge.

The sound can't and won't evolve: For anyone that's heard the Watergate-scandal moment that is 'Epic Mashleg', EDM is basically scientifically proven to sound samey. You can't move out of that formula, and people are getting sick of it. Dubstep hit the skids (in the mainstream at least) because it became too formulaic and hard dance disappeared up its own echo chamber of indistinguishable remixes of the same tracks a decade ago.

EDM is over because the players say it is: Steve Aoki, Nicky Romero, Tiësto and others have all publicly stated that it's a dying thing. Artists like Porter Robinson are at great pains to point out how they've outgrown the 'big drop' template. Aoki's even making deep house in his spare time. Cue every other aspiring bedroom producer jumping ship. No new producers in that area = no more EDM.

EDM is over because there have been too many DJs 'faking it' scandals: The pyrotechnics, LED screens, distinct lack of vinyl (and often headphones) and emphasis on spectacle over musicianship means that seemingly on a weekly basis there is some EDM scandal involving pre-recorded sets and miming DJs. While some of these seem to be a case of DJs being tried and convicted without real proof, there's an atmosphere of suspicion and distrust that is starting to taint the genre, perhaps fatally. The habit of big names using (often uncredited) new talent to create their tunes adds to the sense of a lack of artistry. As the entry-level fans start to get more knowledgeable about DJing and dance music, these will eventually destroy its credibility.

EDM is over because Paris Hilton: Fair play to Ms Hilton for making an effort to broaden her remit beyond being famous for being rich, thin and blonde. Not many people helm their own night at Amnesia in Ibiza by the age of 34, and she certainly makes an effort to get to lots of clubs and meet lots of DJs. But the easy money involved in DJing the same predictable EDM setlist with a controller (or a real DJ actually playing the tunes) seems to attract a huge number of talentless bandwagon jumpers, from pop stars to models to TV idols, who trade on name recognition rather than ability. It's unsustainable.

EDM is over because it's too associated with bad fashion: We've written in support of kandi ravers before and no one can argue with the whole PLUR ethos. But while it might sound superficial (probably because it is) it's only a matter of time before the realisation kicks in that the emperor is wearing a mask made of beads or is a boggle-eyed bro in a dayglo vest. Once the mainstream press decides that it ain't fashionable any more, expect a lot of the hype around EDM to disappear. You don't see too many cyberkids kicking around these days, do you? No, because they nearly killed trance.

EDM is over because no dance music sub-genre survives that long: It's been massive for about three years now. That's the same length of time breaks, minimal, electro house, and big room dubstep ruled before they either mutated or retreated back underground. It's the circle of liiiiiife.

The EDM events are preparing for the genre's destruction: The big EDM festivals know that the genre won't last for ever. It may be accessible, fun and a great excuse to bounce about in a field or car park while off yer head, but so is Morris dancing. Lacking the emotion of trance, the soul of house or the cerebral appeal of techno, it's not the kind of music that hooks people for life. It's why EDC UK has an arena featuring Marco Carola and Art Department. It's why Ultra had two 'underground' stages this year, with the likes of Carl Cox, Dixon, Nic Fancuilli, Maceo Plex and Jamie Jones. As Fancuilli told us in last month's mag: "If we can convert five per cent of the kids who've come to see act like Tiësto of Guetta then it's job done." You suspect the promoters might be pushing for a bigger ratio very soon.

Genres don't change, their definitions do: Many major EDM artists are diving headlong into a yet-to-be-solidified New-Deep-House. If and when this becomes the go-to sound, then won't that be the new 'EDM'? Will the introduction to this piece have to be rewritten? Also the genre has at times proven surprisingly pliable: remember the shitstorm when Avicii started playing 'Country & Western' at Ultra in 2013? Cue 'Wake me Up' and a platinum album in eight countries.

The Grateful Dead: Commercially successful cultural phenomena in the US tend to have a 'long tail'. Just ask hippie jam band Grateful Dead, who will play their final concerts in front of over 200,000 people this year, 50 years after their first. And if you think that kandi ravers look daft now, wait 'til you see what they look like at 65….

The Tomorrowland after video: Not exactly getting a 'dinosaurs watching the meteor' vibe here, are you? EDM has seen people get together en masse to have a great time to electronic music in greater numbers than at any time in history. Hopefully that will never go out of style.