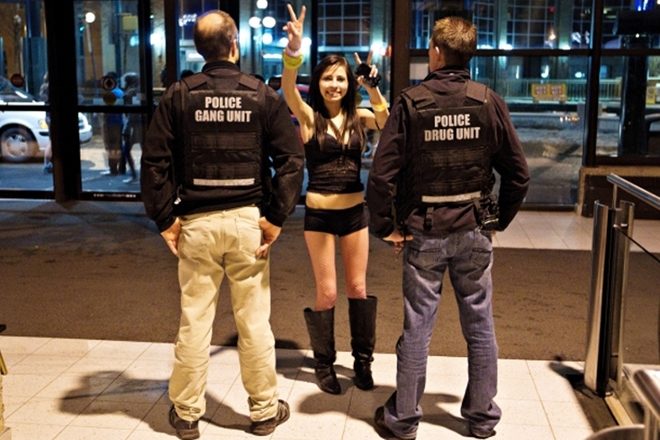 The city council in Edmonton, Canada is proposing an “immediate moratorium on electronic music and dance parties referred to as ‘raves’” in the provincial capital of Alberta.

The new proposal is linked to increasing concerns over public safety and a number of incidents that the Edmonton police services claim to have put “a strain on the city’s emergency resources.”

A February electronic music event in the city, which saw an attendance of over 5000 people, resulted in 18 people being treated for drug-related illnesses. Another concern comes from Mary Jane James with the Sexual Assault Centre of Edmonton (SACE) who claims that there was a sharp increase in calls to her organization’s crisis line after a weekend when numerous raves were occurring throughout the city.

“If there’s a spike in incidents, that deserves a public response,” says local DJ and promoter Andrew Williams. Despite agreeing with this fact, Williams is frustrated by the language the council is using that aims to hinder the electronic music scene within his city: “I don’t think it deserves is a sweeping statement that covers all sections of the industry, an entire genre of music and an entire part of our culture… I don’t really buy that you have to put a full moratorium on an entire genre of music.”

Shelby Young, the founder of the harm reduction company Indigo Harm Reduction, tells CBC News that the proposed bill will do nothing to stop the use of substances and make her job more difficult. "In reality, people are going to use substances,” says Young. “We need to meet them where they're at and give them the tools and support they need in order to keep themselves safe."

If the city council does indeed impose this moratorium on raves, the council will move on to “consider whether city-owned facilities should continue to host these events” altogether.

The community and public services committee will be convening on Wednesday, June 6 to review this recommendation.