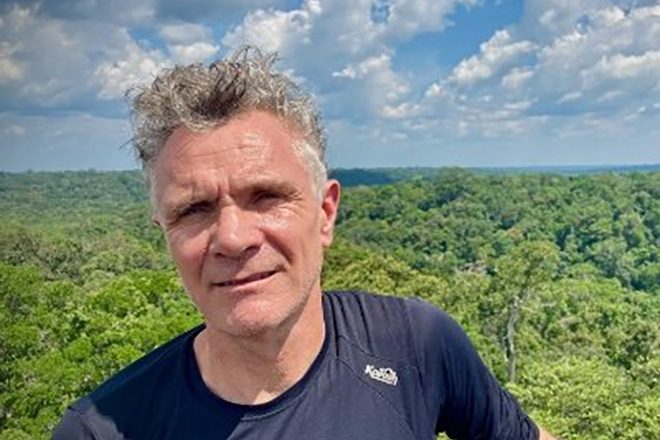 Former Mixmag editor Dom Phillips has been reported missing in Brazil along with Brazilian Indigenous expert Bruno Araújo Pereira, who have been the recipient of recent “threats”.

There are growing concerns for the pair’s safety after they disappeared while travelling together on a reporting mission.

Phillips’ journalistic focus since 2007 has been on Brazil, its indingenious communities and the environment, contributing to newspapers including the Guardian, the Washington Post, the New York Times and the Financial Times.

He has reported critically on topics including the policies of Brazilian president Jair Bolsonaro, corruption among the president’s political allies, and allegations against meat processing companies and goldminers for illegal Amazon deforestation that is impacting indigenous communities.

Phillips was last seen over the weekend travelling on an expedition to a remote corner of the Amazon with Bruno Araújo Pereira, a former government employee whose work focused on protecting Brazil’s uncontacted tribes, who has regularly received threats from loggers and miners seeking to exploit Indigenous lands, including only days ago, according to the Guardian.

Local Indigenous leaders raised the alarm today, June 6, after the two men disappeared in the Javari region of Amazonas state.

Concerns for their safety have been heightened due to Pereira being extremely knowledgeable about the region, meaning they are less likely to be lost.

Dom Phillips, a superb journalist, regular contributor to @guardian, and great friend, is missing in Javari Valley of Amazon after death threats to his indigenista companion, Bruno Pereira, who is also missing. Calling on Brazilian authorities to urgently launch search operation.

A spokesperson for Guardian News & Media said: “The Guardian is very concerned and is urgently seeking information about Mr Phillips’ whereabouts and condition. We are in contact with the British embassy in Brazil and local and national authorities to try to establish the facts as soon as possible.”

Beto Marubo, a prominent Indigenous leader from the region and spokesperson for the Univaja, said to the Guardian: “We need an urgent search mission. We need the police, we need the army, we need firefighters, we need civil defense forces. We have no time to lose.”

“Under the Bolsonaro government the pressure has increased even more because the invaders felt empowered and became more aggressive,” he added, making reference to “very violent gangs” of illegal miners and hunters.

Human Rights Watch has expressed extreme concern and called on authorities to put all resources possible into looking for the pair.

The Federal Police and Army have been made aware of the dissappearances and are launching an investigation, with the army reportedly mobilising troops to help join the search with indigenous and environmental activists.

Phillips is based in the Brazilian city of Salvador and is currently writing an environmental book with funding from the Alicia Patterson Foundation.

Phillips also wrote the 2009 book Superstar DJs Here We Go!: The Rise and Fall of the Superstar DJ.

Paul Sherwood, the partner of Phillips’ sister Sian, wrote on Twitter: “We implore the Brazilian authorities to send the national guard, federal police and all the powers at their disposal to find our cherished Dom.

“He loves Brazil and has committed his career to coverage of the Amazon rainforest. We understand that time is of the essence so please find our Dom as quickly as possible.”