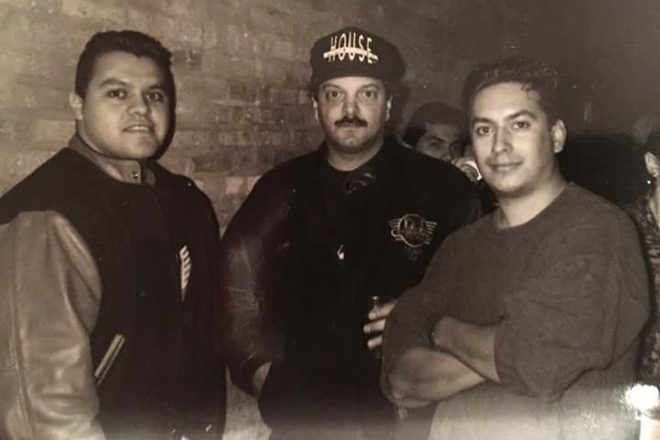 Benji Espinoza (pictured left), co-founder of legendary Chicago house label DJ International Records and its distributor Quantum, has died, according to a report from 5Mag. A cause of death has not yet been made public.

Benji Espinoza founded the seminal imprint alongside Rocky Jones in 1985 in the early stages of the house music movement that originated in Chicago, becoming one of the first labels dedicated the sound alongside Trax.

In a recent interview with Mixmag, he described 1986 in Chicago saying: "it was a scene. I would walk into a record store, and there would be journalists digging for house records they'd heard in the club the night before.

DJ International Records released numerous classics of the genre over the years, including the first ever house LP 1986 compilation ‘The House Sound of Chicago’ that featured Steve 'Silk' Hurley*’s ‘Jack Your Body’, Fingers Inc.’s ‘Mystery Of Love’ and Marshall Jefferson’s ‘Move Your Body’.

A road in Chicago, Honorary DJ International Way, is named after the label.

Benji remained a dedicated house music lover through the past 35 years. In a Facebook post earlier month, he described hearing ‘Promised Land’ for the first time in 1988, writing: “I was blown away, telling both Rocky & Joe this is an anthem and will be massive around the globe!”.

SO, I GET BACK FROM CANCUN, MEXICO BACK IN FEB. OF 1988 AND AS SOON AS I WALK INTO DJ INTERNATIONAL, Rocky Jones ASK ME...

Another post from Benji in February describes his first meeting with Larry Heard that resulted in Mr. Fingers signing to DJ International.

Joe Smooth paid tribute to Benji on Facebook, writing: “R.I.P. to one of the important people behind the global growth of "House Music" and a great guy!”

On Joe’s post, Tyree Cooper, who released multiple records through DJ International, wrote: “I have no words to say. Every interview that I’ve given I’ve always mentioned him as my friend and mentor. He really took me under his wing to teach me about the other side of House Music Business . I will surely miss him!”

Justin Strauss also paid tribute to Benji on Facebook, writing: “I’ve never heard anyone say a bad word about him and he was always lovely and supportive. He doesn’t get the credit he deserves for helping house music become the phenomenon it became. He was an important part of it . I’ll miss his never ending enthusiasm for the music he so loved and that great smile.”