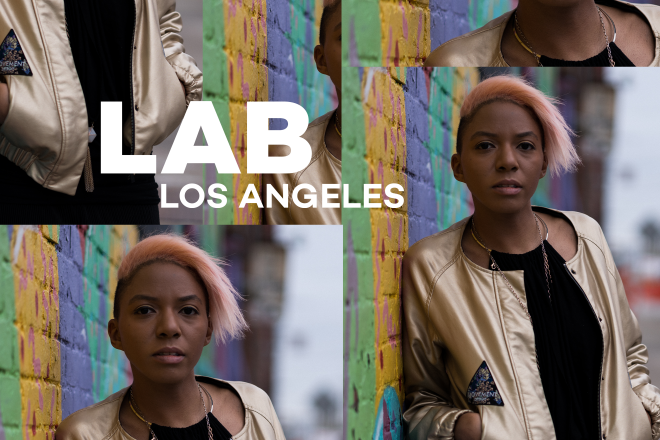 The Lab LA is BULLDOG Gin and Mixmag's weekly live stream and post-work unwind, where we showcase the finest DJs from a special LA location. On Friday, March 6 we have DJ Holographic joining us.

Born and raised in Detroit, one of dance music's most important cities, it's easy to see why DJ Holographic is a DJ on the rise. She's been honing her craft in some of the Motor City's most essential venues, with numerous appearances at clubs like Necto, Marble Bar, TV Lounge and Grenadier Club. Her sound can't be pinned down to one element as she draws influence from R&B, Motown, disco and of course the house and techno that was born in her city.

More recently she's began to step up to the world stage, with Carl Craig enlisting her for his Detroit Love parties, a tour that's seen her play in Detroit, Barcelona, Paris and New York. The Black Madonna also signed her up for gigs in LA and NYC and she's appeared at some of the most revered clubs in the world including Berlin's About Blank, Chicago's Smartbar and NYC's Output.

She proudly proclaimed that her mixes "will put you in a mystic groove long before you leave your 9 to 5 and keep you satisfied until the sun comes up" and with that ethos, we're excited to welcome the Detroit hotshot to the LA for her Lab debut.

On warm up duty we have John Bryars who will be opening proceedings for DJ Holographic.

Watch DJ Holographic's set in The Lab LA live streamed to Facebook next week. The set will also be available on Mixmag's YouTube channel here.

The Lab LA is powered by Void Acoustics. Subscribe to Mixmag TV and follow Mixmag on Facebook to watch DJ Holographic's set in The Lab LA.