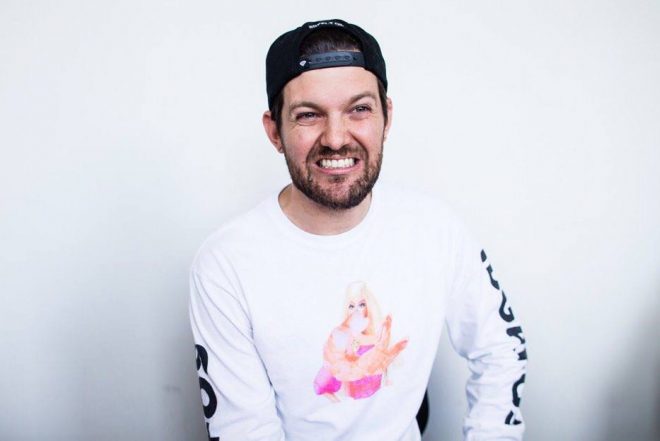 A few days ago, headlines around the city of Los Angeles focused on an aggravating new "mural" that reportedly came equipped with a security guard who was instructed to only allow people with over 20,000 followers or a verified blue check mark on their social media accounts to take a photo near it.

Turns out, the wall was a publicity stunt for an upcoming new web series called Like and Subscribe, co-produced by renowned internet troll himself Dillon Francis.

He confirmed the stunt was all his doing on Twitter, where he also shared the trailer for the upcoming episodes of the show. As one could assume, it stars Dillon along with a few other eye roll-inducing characters that will be trapped in a house, and forced to create content.

Like and Subscribe will be out July 9, though it's yet to be confirmed where you can watch it. See the trailer below.

Over the last year Ive been developing my own show called @likeandsub. Its about a topic very very dear to my heart…influencers. Its out July 9th...I am starring in it & also I executive produced it.. A lot of work went into this & i am so excited for you all to finally see it. pic.twitter.com/Y1DtzD6Ril