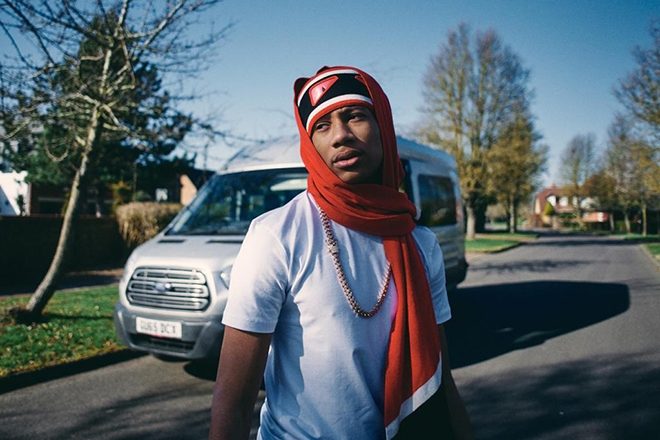 Digga D has been accused of ‘inciting violence’ and threatened with being recalled to prison after attending a Black Lives Matter protest.

The drill rapper, who was released from prison in May and is on probation, recently attended a protest and posted a photo of himself holding a sign with “Black Lives Matter” written on.

He has since posted on Twitter saying he has been censored in supporting the movement by police and probation officers.

“I can’t speak about BLM because apparently it’s promoting violence,” he wrote, adding that “they wanted to recall me”.

Croydon-based label Finesse Foreva also posted on Twitter, writing that Digga D “is being threatened with being recalled after posting this pic supporting #BlackLivesMatter for “Inciting Violence” and noting that “Paul Golding, leader of Britain 1st attended the riots in London yesterday despite being convicted of hate crimes with no consequences #Justice4Digga”.

Paul Golding, leader of Britain 1st attended the riots in london yesterday despite being convicted of hate crimes with no consequences #Justice4Digga pic.twitter.com/HmRRWS53OD

Stefflon Don has also posted on Twitter saying her brother and fellow rapper Dutchavelli who is out of prison on license is wanted by the police because he said on Instagram Live he planned to go to a Black Lives Matter protest, although he did not attend. “Systemic oppression is real, and this is totally unfair” she said.

My brother is wanted by the @metpoliceuk because he said on Instagram that he was going to the BLM protest last Saturday but he did not even go. They came bursting into my sisters house while her child was there ransacked it and searched every where. @BorisJohnson how is this ok? pic.twitter.com/vcCh71SLpZ