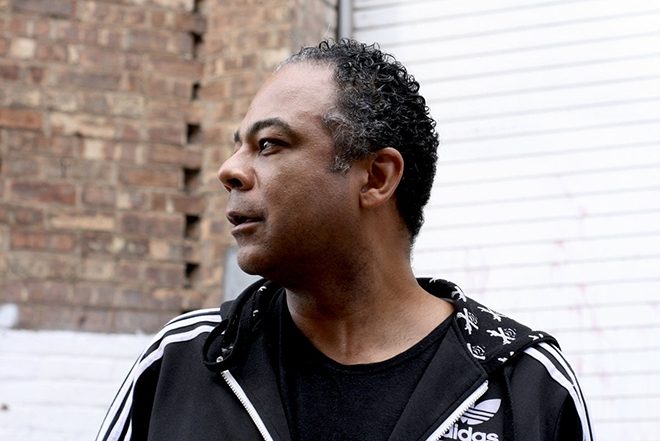 DJ, producer, label owner and fashion brand founder Tim Baker has died. A cause of death has not yet been confirmed; a commemorative post on a Facebook group dedicated to a club Baker held a residency at in the 1980s writes that he suffered a heart attack.

The Detroit-born artist got his first pair of turntables in the mid 1980s and became interested in techno as it took off in the city and grew into a phenomenon.

Across 1987 to 1988 he secured his first DJ residency at the Nectarine Club in Ann Arbor alongside Jeff Mills.

In 1993 he founded the Elephanthaus clothing line which took design inspiration from Detroit nightlife and specialised in club wear, and later developed the brand into a clothing store and record label.

Baker released a number of his own albums and records on the label which was founded in 1997, and also released on labels such as Ovum, Minifunk, Holzplatten and NovaMute over the years, also producing under the aliases Fun Police and Tiger Balm.

He also toured regularly through the 90s, playing his first European gig in 1994 at legendary Berlin club Tresor, and later appearing at other famous nightspots around the continent such as Spain’s Florida135 and Paris’ Rex Club, as well as major events such as Sónar Festival in Barcelona, Berlin’s Love Parade and back home at the Detroit Music Festival.

In 1998 he relocated to Chicago and stared the house label Real Estate Records, merging his tastes for the funk-fuelled elements of Detroit techno with the uplifting energy of Chicago house music. The label released music by the likes of Tyree Cooper, DJ Jacq and Kut Chang’ over the years.

Our dear friend @TB313 has died. Confirmed by those who were there. Definitely one of the good ones. I had dinner with him and @djhyperactive last time I was in #Chicago. I’m in shock😭😭😭😭