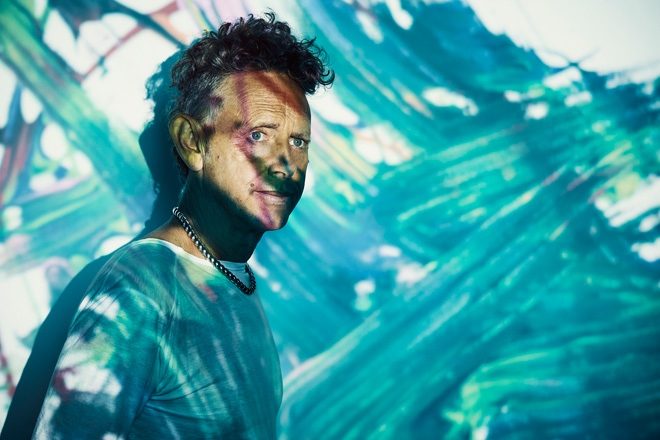 Taken from his forthcoming instrumental EP ‘The Third Chimpanzee’ – which drops on January 29 – the dramatic four-minute track is a quintessential slice of Gore-shaped electronic soul with an undeniably epic soundtrack feel.

Speaking exclusively to Mixmag on the eve of its release, Martin explained that the initial inspiration for the EP was a book called The Rise and Fall of the Third Chimpanzee by Jared Diamond: “I read that book in the 90s and it just made sense because he was calling humans the third chimpanzee,” he explained.

“Without making it blatantly obvious, I liked that it blurred the line between humans and monkeys. Because sometimes it doesn’t seem like we’ve got very far! It all made sense to call it that, as the EP was made by one of the third chimpanzees.”

“I worked on one track before it had a title,” Gore continued. “And I resynthesized my voice and it came back sounding not quite human and more like a primate – so I decided to call it ‘Howler’ as I know of howler monkeys. All of the tracks have an element that’s not quite human.”

'The Third Chimpanzee' EP is available now to pre-order. It comes on CD, limited edition vinyl (with an art print) and digitally. The artwork on the release is from Pockets Warhol. There’s also an accompanying visual on YouTube which is a suitably psychedelic, cosmic trip. Pre-order the EP here.