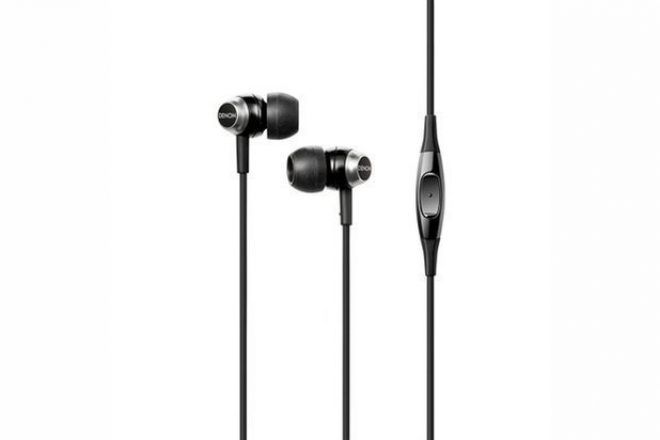 An ever-growing market, budget earphones have become more popular than ever, with many wishing to ditch tinny, supplied headphones for a modest upgrade. In response, Denon have launched the Music Maniac range - the British brand's stab at creating something affordable but still premium.

Denon's AH-C50 earphones are the entry-level model, and their fit and finish immediately betrays their £39 asking price. The anti-tangle cable (which is nearly always tangled) feels plasticky, and the in-line volume control feels delicate - not what you want for on-the-go listening gear.

However, after spending some listening time with the AH-C50's, its clear that the majority of your hard earned cash goes where it counts - on the sound. Although not the richest or deepest pair of earbuds, the 9mm drivers in the AH-C50's deliver a flat, transparent soundscape - with a mid-range and high-end clearer than you'd expect at this price. Bass could be more apparent, but using the Denon Music app's equaliser (an in-app purchase for £1.49) can help add a bit of low-end weight.

Good for their price, the Denon AH-C50's represent a decent stab at the budget market. If these don't have the full-bodied, sparkling sound you're after, it could be worth trying out their bigger brother - the £89 AH-C120's.