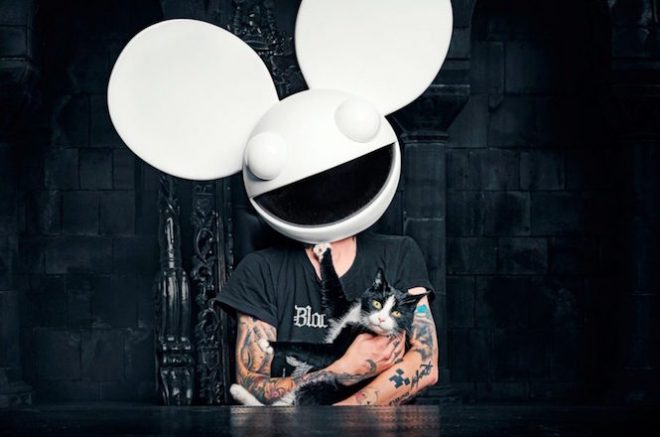 Never one to shy away from sharing teasers of new material with his fans, deadmau5 recently revealed a clip of an upcomingcollaboration with Rob Swire of Pendulum and Knife Party fame.

During one of deadmau5's live streamed studio sessions via Twitch, he played a clip of the new track for his viewers that featured Rob Swire's distinct vocals. Judging by the snippet, the new track is a deep, melodic and anthemic ballad in similar vein to the pair's previous collaboration, the 2009 track 'Ghosts 'n' Stuff'.

Although the track doesn't officially have a name, fans are referring to it as 'Monophobia'.

In other deadmua5 relate news, the multi-faceted artist also recently shared that he's developing a first-person shooter video game with Unreal Engine and he also released an orchestral album titled 'where's the drop?' back in March.

Listen to a clip of the track's vocal breakdown and a full track rip from the Twitch session below.