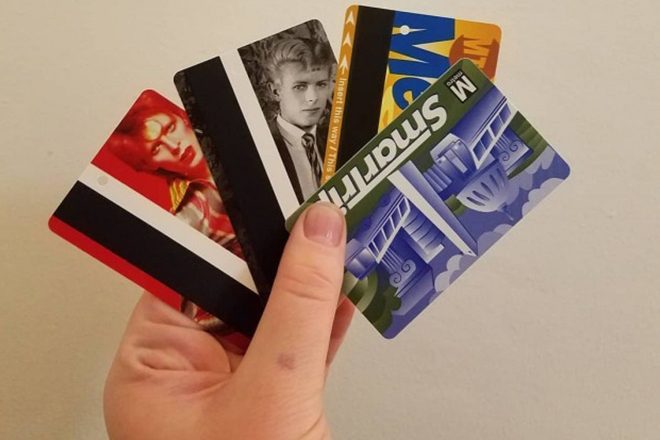 Paying tribute to the celebrated and previously NYC-based music icon David Bowie, the SoHo Metro Station on Broadway-Lafayette is now home to an all new David Bowie shrine. The shrine was created as an advertisement for the touring exhibit ‘David Bowie Is’ - a new display which is currently being showcased at the Brooklyn Museum.

One of the biggest attractions to subway station where the new shrine is housed are the designer MetroCards which don David Bowie’s face. The five, unique cards feature young and strapping pictures of the artist from his 'Thin White Duke' days as well as a completely glamed-out profiles of Bowie dressed as his iconic personas: Ziggy Stardust and Aladdin Sane.

The cards have a two-ride minimum, meaning the cost of obtaining one of these limited-edition MetroCards will run you around $6.50.

Check out photos of the new Bowie Shrine at the NYC subway station below.

The subway installation will remain at the station from April 17 until Sunday, May 13.

Recently, in the small town in Buckinghamshire in the UK, a David Bowie shrine was vandalized a day after it's unveiling with the words "feed the homeless first". Learn more here 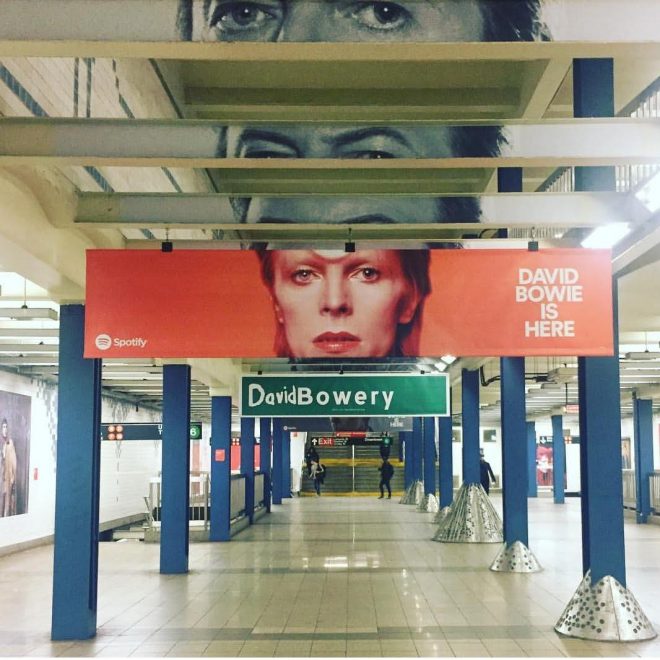 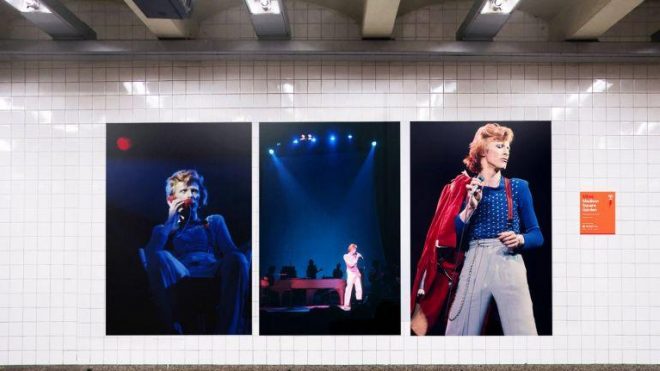 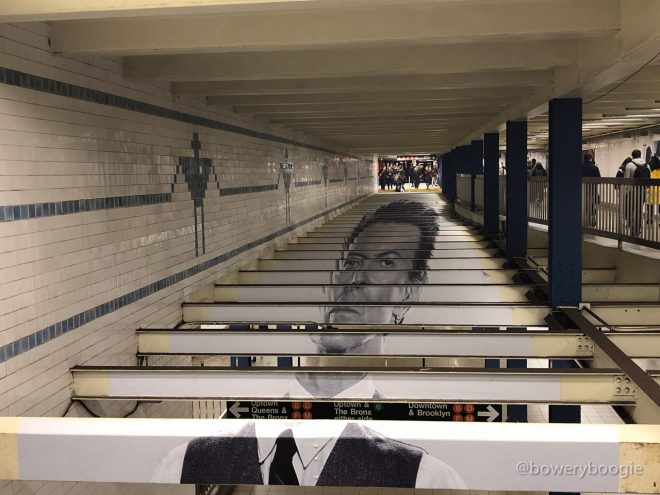