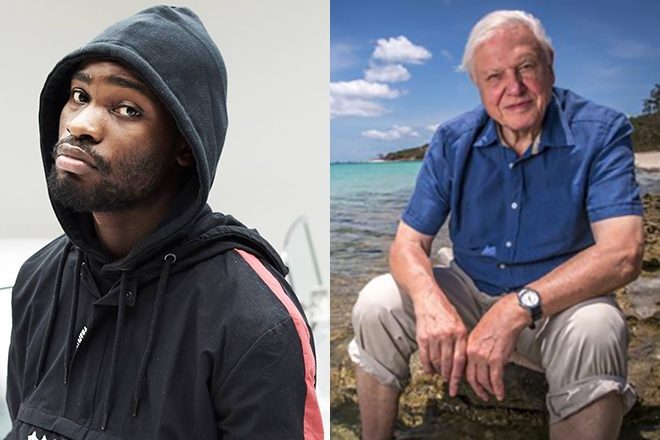 Dave and Sir David Attenborough have working together on a musical nature documentary called Planet Earth: A Celebration.

Hans Zimmer worked on the soundtrack, which also includes Dave playing a piano accompaniment to the string section played by the BBC Concert Orchestra. Dave and the orchestra’s performance was filmed for the programme at the Lydnhurst Hall inside London’s Air Studios.

Read this next: David Attenborough themed raves are taking the UK by storm

Dave said: “I’ve always been a fan of powerful natural history documentaries. This is a programme where nature and music come together, so it was only right that I lent my talent, my time, and my attention to this project. It was a pleasure to work alongside Sir David Attenborough and Hans Zimmer.”

Hans Zimmer said: “Working with David on so many of his magnificent programs celebrating nature and our planet has been a joy for me. I am constantly inspired by what he is able to capture, and the collection of sequences featured in Planet Earth: A Celebration is truly special. It was an honor to once again work with David, Jacob Shea and the BBC Concert Orchestra to highlight these incredible stories once again.”

Watch a teaser below.