On April 1, he will play at Birmingham's Mama Roux, heading to Manchester's Soup Kitchen the following evening; the tour will round off at new Kings Cross-based venue Lafayette on April 4.

Read this next: D Double E in The Lab LDN


The news of the tour comes fresh off his vocal appearance on Ikea's debut Christmas advert, which has since been developed into a new, full-length single, 'Fresh N Clean (Silence The Critics)'.

You can grab your tickets for the tour here. Check out the tour flyer, in addition to his set in The Lab LDN with Sir Spyro, below.

Read this next: Sit back and reminisce with D Double E's video for 'Back Then' 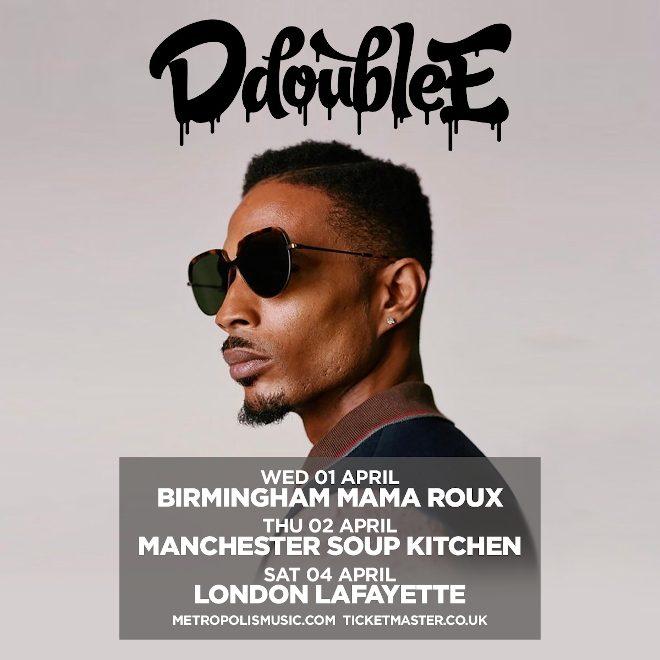