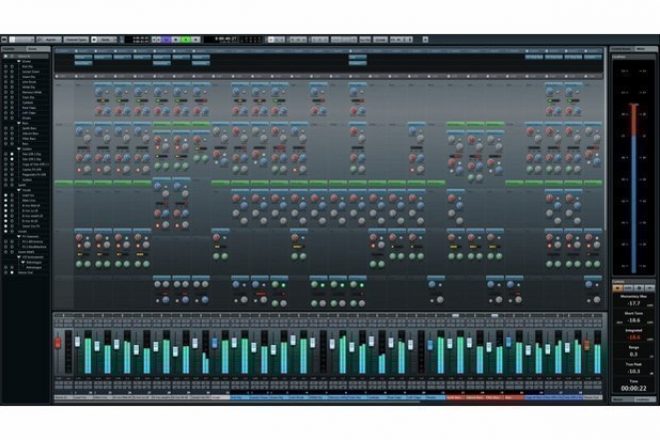 The latest installment of Steinberg's ever popular DAW, Cubase 7 brings a raft of improvements whilst playing to its existing strengths.

One of the most popular DAW's along side Logic, Ableton and Reason, Cubase 7 is a refinement rather than an overhaul - something that will keep existing users happy.

Most important is the workflow, and Cubase continues with its track based system. Adding tracks is easy and whether it's an instrument, drum track or even automation for pitch and velocity, the process is straight forward and intuitive.

If your music-making juices still aren't flowing - Cubase 7 also throws in Chord Assistant, a brand new feature that keeps the inventive process moving. Analysing existing notes, Cubase now suggests new melodies and chords - allowing users to power through creative blocks. More useful than intrusive, this is one of the most innovative features in Cubase 7 - and offers a gentle nudge when you're at a producing dead-end.

Much like its predecessor Cubase 7 also packs in a range of synths including the versatile HALion Sonic SE as well as Retrologue, Prologue and Spectre. If they're still not up to the job, Cubase also handles third party synths such as Massive, Predator and Kontakt, so crossing over to Cubase won't mean losing your killer presets.

An even more cohesive package than before, Cubase 7 has been honed to perfection and is the best version yet of Steinberg's DAW - making producing an enjoyable, rich experience. However, with so little to separate the top DAW's, prospective users are best off trialling Steinberg's new software here.