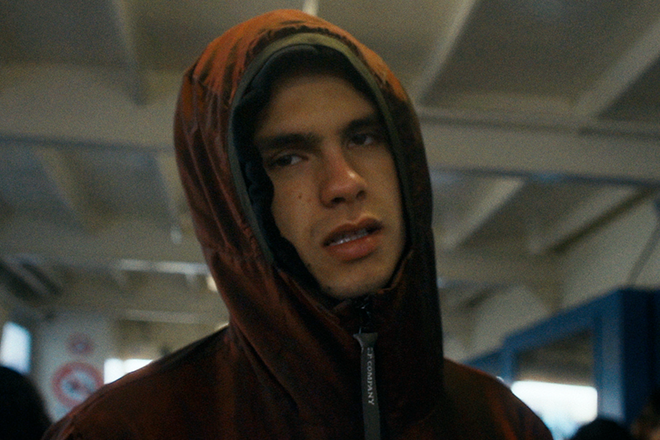 Inspired by their ‘Eyes on the City’ series, C.P. Company has teamed up with Mercury Prize-nominated slowthai on his recent sell out tour to shoot a short film on urban exploration.

Following the rapper, they travel across the UK and reflect on his personal journey and career so far, the film features tracks ‘Gorgeous’ and ‘Inglorious’ from his debut album, ‘Nothing Great About Britain’.

Read this next: Rejjie Snow shows us around Paris for C.P. Company's latest 'Eyes on the City' series

The finale sees slowthai realise his dreams, with a performance in front of a sold-out crowd of 5,000 at the o2 Academy in Brixton. In keeping with his unique persona and bold performance style, the engaging artist wears pieces from P.Ri.S.M, the new capsule collection by C.P. Company.

C.P. Company presents P.Ri.S.M, an exclusive fabric engineered from the expertise of the brand, featuring a Prismatic Ripstop Membrane composed of a two-tone rip-stop and a polyurethane membrane.

The rip-stop features a ready-for-dyeing nylon warp and a yarn dyed contrasting polyester weft; the polyurethane membrane is transparent and can be dyed. The prismatic final colour is a consequence of the contrast achieved in the semi-dyeable ripstop membrane: a truly unique fabric for the next generation of outerwear from C.P. Company.

The P.Ri.S.M collection will be available from 12th December online on cpcompany.co.uk.