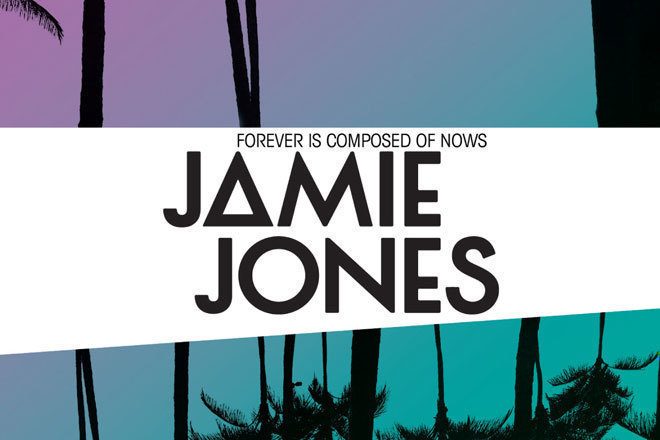 Ibiza's opening month is finally upon us! Yes, Jamie Jones is back on the cover of Mixmag and celebrating another season at the helm of Paradise at DC10. This mix is brilliant too, ranging from classic DJ Godfather to The White Lamp on Hutflush and new music from Jamie with Kate Simko and other Hot Creation cuts. It is, as Tong might almost say, 'an Eclectic Selection'. But it also has more bang for your buck than any other CD or mix you will hear this month.

Jamie Jones talks you through your exclusive cover mix

"I love the cover: two guys in posing pouches! It's a cool combination of 303 acid and disco with an Eastern vibe. Love it"

2. The White Lamp 'Ride With You' (ItaloJohnson mix)

"For everyone who buys vinyl, ItaloJohnson are amazing. Laid back and well produced."

"This is a new label from Australia, pretty sure its vinyl-only. Well produced on analogue equipment, you can tell."

"I had a track called 'Heaven' on my computer and found out it was by my old friend and label buddy, Mark Jenkyns!"

"I'm a big Miami bass/ghetto fan and tend to pitch tracks down. Why not?!"

"When I hit a few friends up, Francesca sent me this. Great groover!"

"I used a tiny bit of the song and break and laid the vocal of 'Jealousy' over it. Roísín has a timeless voice."

"Really into this. It was mastered just in time to make the final mix!"

"This is great – first release for us from a new EP from this Spanish producer!"

"Bought this vinyl a year ago and Shonky made a new edit."

"A new project with an Eastern feel."

"I've played the original a lot. I love the vocal – and the remix."

"We're about to release POPOF's album. I remixed this, the first single."