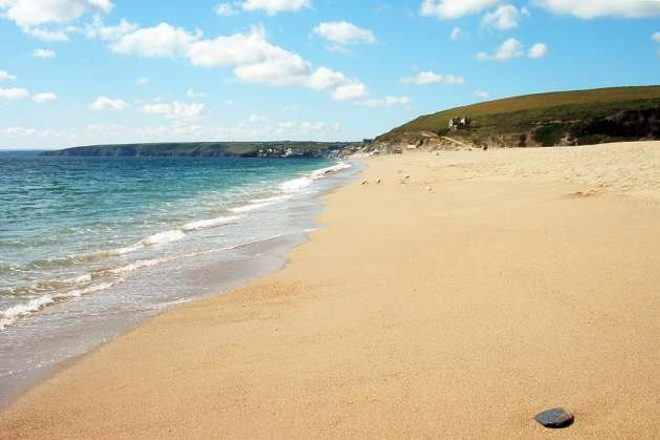 Reports of an all-night rave at Loe Bar Beach in Cornwall have suggested that the party continued through until the next afternoon, sparking an unusual reaction among residents.

The so-called ‘rave’ started on Saturday, January 15, at the National Trust property in Helston, Cornwall.

According to residents, party chancers were still at it the next morning with one local replying to a post in the Helston Facebook group stating that they had seen the partygoers at 11:30AM on Sunday.

In the same group, one post focused on the party has garnered almost 100 responses, all overwhelmingly positive.

The Helston community came together to defend the partygoers, with one popular response suggesting that the ravers were “extremely polite”.

“Needs to happen more often. Cleanest I have seen it down there in a long time. They have proper litter picked everything. Nice one,” said one local. According to several others, the ravers kept several bin bags of rubbish “ready to go”.

One resident commented: ”Good luck to them, with lock-downs and restrictions for the last two years there’s not a lot else for them to do. If I wasn’t an old biddy and it wasn’t cold I’d join them!”

"Anyone found out what the occasion was for youngesters enjoying themselves? Keen to know, wish I took a wander down to be nosy!! Lovely spot for an outdoor gathering," said another.

One local replied: "Good luck to them one life make the most of it", while another quipped, "I am absolutely disgusted by this!!! Where was my invite?!!".

Another resident said that it “looked good fun to be honest”, while others joked and compared the party to Boris Johnson’s recent ‘work parties’, mocking the ‘partygate’ scandal. “Was b j down on holiday?”, said one resident. “Probably a work do!” another joked.

Read this next: Dance 'til the police come: How oppressive policing has eroded rave culture

Cornwall Live initially reported the ‘rave’ on January 16, implying anger from some residents. “Since when did Loe Bar start having its own Boardmasters? The noise down there at 6.30 am is unbelievable,” one person said in response to the party.

“The holiday cottages said it's been all night! Vans all over the beach…. Tents galore….. people screaming….. in the lake…. And where are they all going to the toilet?” they added.

However, a commenter on the Helston community page referenced the article, saying: "How the hell did Cornwall live manage to find any 'fury' in these comments? Nice, polite, good on them, beach has never looked cleaner!"

A spokesperson from Devon and Cornwall Police said in a statement: “We received noise complaints with suggestions of a rave beginning last night.

"The situation has been monitored throughout the evening. Local police are aware and are paying attention to the area,” he continued.